Construction as an industry is vital for the progress of society. Not only does it account for 6% of global GDP (even 8% in emerging economies) but also it plays a key role in narrowing the infrastructure gap and enhancing economic development(1). Currently, the population of the world’s urban areas is increasing at a rate of 200,000 people per day and they all require access to affordable housing and essential public service infrastructure such as hospitals, schools, water and energy utilities and transportation(2). In fact, $57 trillion must be invested in infrastructure by 2030 just to keep up with economic growth(3). 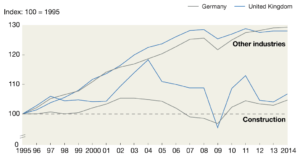 There are several intrinsic challenges to the construction industry that restrain improvements in efficiency and profitability:

These challenges have limited the introduction of digitization and innovative technologies, which in turn have resulted in marginal productivity improvements as compared to those in other industries. Nonetheless, a San Francisco based startup (Rhumbix) has come up with a solution to one of the most relevant sources of inefficiency in the industry: labor management.

Labor costs in the construction industry account for a high percentage of the overall budget and yet they are extremely difficult to forecast and manage because they vary widely and the data available is generally inaccurate(6). Rhumbix is based around the need for accurate data in real-time. Data is captured through smartphones held by On-site workers. This data feeds a software platform that runs analytics and produces a series of interactive daily reports. Managers and engineers can use these reports to get insights on the workforce interaction patterns, site layout optimization and labor distribution(7). 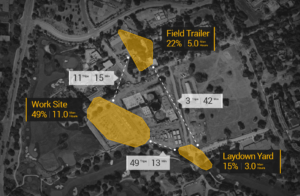 Currently, on-site data collection is done by the foreman who manually fills in daily time cards with information about his crew and their specific daily activities. A lot of inaccuracy is introduced at this stage not only because of human error but also because work activities tend to change during the workday and don’t get recorded. Moreover, managers usually get the information one week later which limits their ability to influence performance because by the time they get last week’s information, the set of work activities carried out on-site have changed.

Rhumbix replaces the traditional paper-based time card with digital records that are fed by the GPS device in every worker’s smartphone. This increases the reliability of the information and the information is available to every engineer and manager in real-time. This gives way to infinite opportunities as managers can track the performance of each crew or worker, identify sources of productivity losses and immidiately take action to solve the problem. 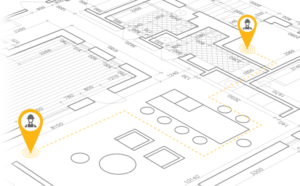 Additionally, managers struggle to have a consolidated version of the on-site information on time. In consequence, they end up using historical ratios from past similar projects to forecast labor, equipment and materials needs. This practice results in huge differences between the budget and actual costs and, therefore, the project’s cash flow is impacted. Rhumbix provides managers with the actual production rates and uses them to forecast costs and completion dates, resulting in more precise forecasts. 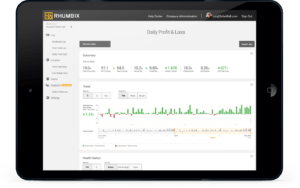 However, there is much room for improvement. First, it is an expensive solution because it requires that each worker is given a smartphone. The use of small GPS trackers could fulfill the same purpose at a fraction of the cost. Another improvement is that for now the solution is only applicable to the workforce. It could also be applied to equipment and inventory so that managers could have a holistic management tool for the construction site.

[1] The World Economic Forum Industry Agenda, “Shaping the Future of Construction”, WEF, May 2016.

[2] The World Economic Forum Industry Agenda, “Shaping the Future of Construction”, WEF, May 2016.

Disney: Both Embracing Digital and Being Disrupted