Newegg.com has 9 distribution centers across the US with roughly 9 million square feet of warehouse space. They ship out 13 million packages a year and have more than 33 thousand active SKUs at any given moment. For a company that is built on the internet, digital transformation plays a very important role in their quest to constantly optimize their fulfillment centers to deliver on their customer promises.

Every time an order comes through, it gets translated into a series of barcodes which are affixed onto a tote (a red plastic box that held all the items for an order until it was ready to be packaged). This tote travels down a series of conveyers through various zones in the warehouse and is redirected automatically based on barcode readers. At each zone, the totes meet a picker who then places the right products in the tote.

Pickers at Newegg.com had to complete 3 steps to fulfill an order for a specific tote:

Newegg.com has embraced two digital technologies to help optimize and reduce errors in this process: Pick to Light and Pick to Voice.

Pick to Light utilized small LED fixtures on every single shelf to guide pickers towards the specific shelfs that contained products for each tote. As each tote was automatically scanned, the LED lights for that order would immediately light up, allowing the picker to walk into an aisle and at a glance, identify all the products they needed to pick. One of the disadvantages with pick to light systems was that the cost of implementing such a solution was proportional to the number of SKUs that the fulfillment center had since each SKU “shelf” needed to be fit with its own LED panel. Secondly, pickers had to physically walk into each aisle to see which LEDs lit up. This could reduce efficiency for some orders and increase the number of errors that were made if an aisle was missed. 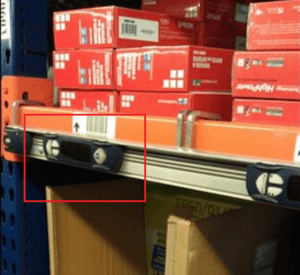 Pick-to-voice systems tried to alleviate some of the biggest pain points of pick-to-light. Each picker had a small wearable computer, a barcode scanner, and a headset. On scanning a tote, the picker would listen for a location (example “A34”) which would correspond to a specific shelf. On reaching the shelf, they would have to scan the barcode on the shelf before the system would read out the next location. This helped cross-check for errors, did not require line-of-sight to each shelf and kept costs proportional to the number of pickers instead of the number of SKUs. When Newegg.com implemented such a system, it saw a 25% increase in productivity, a 23% drop in errors and a 50% reduction in training time.

Unfortunately, since pickers had to wait for each item to be called out, it could create inefficiencies whenever products were adjacent to each other. Furthermore, the best possible cycle-time to pick a specific product was always limited by the speed at which the headset read out location information. 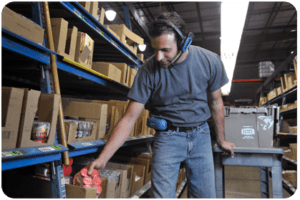 While bigger fulfillment centers, like Amazon, prefer to go fully autonomous, mid-sized fulfillment centers prefer not to invest all that capital. Instead, augmented reality devices like the Microsoft HoloLens, could provide the best path forward with the benefits of both the pick-to-voice and pick-to-light approaches with neither of their disadvantages. 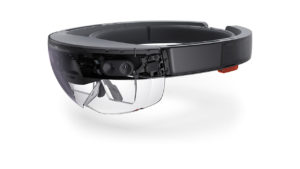 Pickers could put on a HoloLens device that could immediately “light up” all the products that needed to be picked but costs would still scale only by the number of pickers instead of SKUs. With the 3d spatial awareness capabilities of the HoloLens, fulfillment centers could even get super-accurate and live data on productivity targets and error rates. Finally, live path-planning algorithms could be used to route the picker in the most optimal way for each order.

The breathing room that such technologies provide Newegg.com in its operating model easily translate to innovations in its business model. Voice-to-Pick systems, for example, allowed Newegg.com to maintain its customer promise of same day deliveries for orders placed before 3pm and still maintain a single-shift warehouse.

Each step in the digitization of fulfillment centers aims to give workers “super-powers” that serve to augment their human abilities. With recent worries about automation and technology replacing jobs, it is heartening to see how Newegg.com is enabling its workers to maintain their jobs while still improving their operating and business models.

Student comments on Digitization at Newegg.com as a model for mid-size fulfillment centers