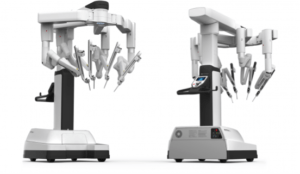 The largest robotic surgery company, Intuitive Surgical, has grown to $43.94 billion in market capitalization since introducing its first robotic platform in 2000.[v]  The majority of its revenue comes not from the capital equipment, which can cost upwards of $2.5 million each, but from the instrumentation the system uses to interact with patient tissue.  Unlike manual surgical instruments, robotic tools contain RFID chips to track lifecycle depletion, storage in the hospital, and stage of reprocessing between surgeries.  If there is contamination to the patient, a robotic tool can quickly be scanned to determine the specifics of its cleaning process and isolate the source of the problem.  After a predetermined number of procedures the device no longer allows the system to use it, triggering an alert to surgical staff and a purchase of a new surgical device by hospital inventory managers. [vi] 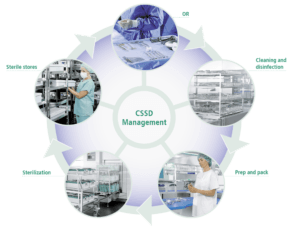 As robotic companies have introduced electronically tracked tools, medical device giants J&J, Medtronic and Stryker have had differing approaches to responding to the threat these companies pose to their instrument businesses.  Stryker acquired Mako Surgical for $1.65 billion[vii] in 2013 for its total knee replacement robot, which is only compatible with Mako proprietary digitalized instrumentation.  Medtronic, in contrast, is attempting to design and launch its own robotic systems to use its surgical instruments in 2018. [viii] 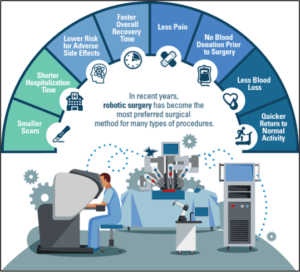 Recognizing the importance of the robotic surgery sector, Johnson and Johnson has taken steps to enter the space. In the short term, it paired up with Google to create Verb Surgical, a joint venture aimed at digitalizing surgery.[ix] This partnership will combine Google’s expertise in data science with J&J’s advanced instrumentation to create future robotic platforms with traceable tools.  As of 2017, Verb announced early prototypes of their system: “The digital surgery platform included all elements of the company’s five technology pillars – robotics, visualization, advanced instrumentation, data analytics, and connectivity.”[x]  The platforms that Verb creates will automatically track tool usage and sterilization of the devices as well as integrate with operating room supply chain management software. [xi] 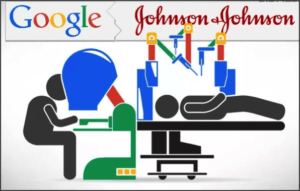 In the long term, J&J has started purchasing companies like Neuwave Medical in 2016[xii], which has developed a minimally invasive soft tissue microwave ablation system with applications in the lung.  This acquisition foreshadows robotic intervention in early stage lung cancer, which is the leading cancer killer in the United States.[xiii]  Many are betting that this application will be the next focus of the robotic surgery industry.  If this is the case, next generation flexible devices built for these robotic platforms will track usage and hospital cleaning to stop defective devices from making it into the surgical suite.

Johnson and Johnson has invested heavily to make up ground in the robotic surgery sector.  In addition to the partnerships and acquisitions it has made, J&J should sponsor university affiliated robotics labs and hospital research groups in the field.  Supporting research will promote new development in the space and improve visibility into developing technologies giving the company an edge over its competitors.

Additionally, J&J should consider purchasing pre-product instrument tracking companies for their intellectual property (IP).  The medical device industry relies heavily on patents to protect businesses and products.  Building a robust IP portfolio could prevent market competition and prove useful in the design of its own systems.

Lastly, the medical device giant should start building RFID tracking into its existing instrumentation.  Providing information on the supply of manual devices to the operative environment could improve outcomes and provide analytics on current hospital practices.

Two further questions in the context of this organization are as follows:

Where in the world will our wine come from?