In any business model, one of the main drivers of value creation is customer satisfaction. In the banking system, it isn’t different, and customers are highly demanding: they want to fulfill their needs anytime, anywhere. They look for the best financial products and services, and the customization of such offerings is key in today’s world. Convenience is also critical, as physically paying bills or opening an account has not only become costly, but also extremely inopportune.

Based on these trends, Itaú Unibanco (ITUB) promoted a significant change to its business model, aiming at becoming the most technology-driven bank in the eyes of the customer. Having digitalization in the center of its strategy allowed ITUB to significantly differentiate itself from competitors.

The operating model chosen to support this strategy relied much more on (i) data collection and analytics to provide customers with the best customized offering, (ii) state-of-the-art security and (iii) digital innovation. To accomplish that, ITUB’s management knew strong investments were needed, and between 2012 and 2015 it invested R$11.1 billion1 (~US$5.5 billion2) in technology and innovation.

ITUB invested on data collection and analytics processes, leveraging these capabilities to better match customers’ needs, with a high level of customization. For instance, through data ITUB identified that certain clients would never go to branches and most of their transactions would occur after business hours3. These clients were offered the possibility of having a virtual branch that would offer the same features as a regular branch (relationship manager, products, etc.) but with much more convenience (i.e.: from 7am to midnight, Monday-Friday). The strategy reflected the bank’s “digital vision” that in a digital bank, the bank goes to the customer, and not the other way around1. 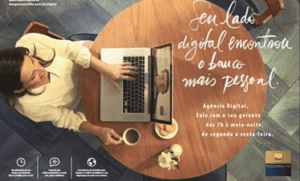 Knowing that the continuous success of this model relies on its ability to make it scalable, ITUB inaugurated a new Data Center that increased its processing capacity by 25x, which is expected to be sufficient to support growth until 20505. 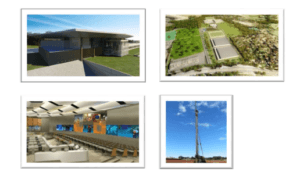 While the digitalization of ITUB’s operations has been vital to adapt to current customer needs, it also exposes it to risks, such as cyberattacks. Under the new model, ITUB can be highly exposed to system breaches, viruses, as well as other system failures that could interfere operations1. Another challenge is the potential for fraud1: as ITUB progresses on its strategy, it becomes easier for customers to open accounts, take on loans, etc., which also increases risks. For those reasons, the bank backed its digitalization investments with investments in security, also highly supported by data collection and analytics to understand internet banking customers’ behaviors and identify possible profile deviations.

Regulation is another challenge: despite recent changes in the regulatory framework, digital banking is relatively new in Brazil, so limitations still exist1. Those can include the amounts of money a client can transfer, types/amount of credit he/she can take on, etc. In other words, the regulatory framework still needs to evolve so that ITUB can optimally adjust its digital offering.

Despite the challenges, though, ITUB’s management has been successfully implementing a digital transformation that, while ongoing, has already started to add value to customers. Its strategy of digitalizing branches, while also developing new channels to facilitate customer engagement, such as apps and hotlines, led to impressive results: in 2015, 67% of all transactions carried out in the bank (equivalent to 8.9 billion operations) originated from internet and mobile phones (from only 38% in 2010)1.

However, I believe there is still a range of initiatives the bank could implement to further increase the value created to customers; I cite two below:

ITUB’s strategy fully incorporates the concept that digital transformation “will shift the [company’s] capability base so that expertise in software development becomes increasingly important”8. ITUB’s management has been able to identify customer needs and adapt, staying true to the bank’s critical business foundations (it is still a bank!). This allowed it to deliver better value to customers and to monetize its efforts (digital transactions can be much less costly for banks)8. Critical to continuous success, though, is the bank’s ability to go one step further in understanding its customers, their habits, and how ITUB can fit their routines. Can digitalization help on that too? (800 words)

Digitizing Grandpa: how a Chilean bank is re-imagining customer journeys

Will you please Clarifai?