Those of us who love travel know that flying is a necessarily evil in the journey. What may be less obvious is that airlines face major risks to their operating models because of climate change.

Delta Airlines, with its humble beginnings in Georgia, is a leader in the airline industry in terms of passengers carried, worldwide routes, and revenue. Unfortunately, these factors won’t shield Delta from the real effects of climate change.

Like other airlines, Delta faces several risks because of the earth’s warming. The most prominent – delays and route changes due to weather – have already become manifest. Consumers across all airlines have seen more flight cancellations and delays because of bad weather. Interestingly, Delta has low flight cancellations compared to other airlines, but it works around this issue by delaying and rerouting flights. It’s also not impervious to cancellations – in January 2016, it cancelled 1350 flights in North America ahead of snowstorms. In addition, key tourism centers on coasts (ex: Florida) are battling a growing number of storms, which is changing consumer demand patterns to these destinations. Large storms, more generally, can have significant damaging effects on the airline industry. Hurricane Sandy in New York is one extreme example, where flight cancellations cost the airline industry ~$190 million. As global warming continues, airlines like Delta will need to manage increased cancellations, delays, and route changes.

Planes may also run into issues on the runway if global temperatures steadily rise. Georgia is located in the southeast United States, where the number of days with temperatures above 95 degrees has hit record highs. Delta’s largest hub in Atlanta is likely to face the issue of planes getting stuck on the tarmac due to heat or flooding. Not to mention, Delta will need to manage the increased likelihood of heat stress among airline workers on the heat trapping tarmac. These concerns can be applied to Delta’s major hubs more broadly, all located in major urban centers which are prone to the “heat island effect”.

Delta has several options to mitigate the impact of climate change on its business. It can leverage science to stay ahead of weather patterns and keep current with trends to increase routes to new, upcoming destinations. As delays become more of the norm, it can expand its own buffers at airports to manage consumer expectations. However, these actions simply adapt to climate change. Delta can’t outrun the impact of climate change forever, especially as consumers begin to demand more environmentally friendly options.

So how does Delta contribute to climate change and what has it done about it? Delta’s planes (like all others) rely on petroleum-based fuel. While airlines account for 2% of greenhouse gas emissions, planes contribute to the greatest carbon emissions per passenger compared to any other mode of transportation. Delta is on track with IATA targets to improve fuel efficiency by 1.5% per year from 2009 to 2020. Additionally, from 2005 to 2014, Delta decreased its carbon footprint by 16% by focusing on fuel efficiency, energy savings, and carbon neutral growth.  Relating to the latter, Delta has implemented a program where travelers can purchase carbon offsets in addition to their ticket prices. Carbon offset initiatives include reforestation and conservation. However, not surprisingly, participation in the program is low. 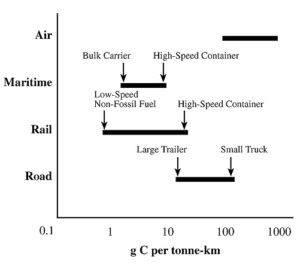 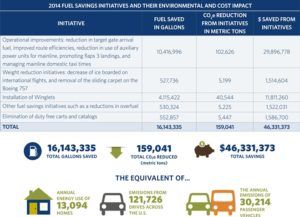 As Delta looks forward, it must be a leader in pioneering change in the airline industry. While its efforts thus far have been useful, the truth is that there is still much at stake for Delta as global temperatures continue to rise. Drastic change is needed to (1) directly contribute to reductions in carbon emissions and (2) set a disruptive standard for other companies (in the tourism industry) to change practices for the sake of earth’s future. The best way that Delta can help is by removing its dependency on petroleum-based jet fuel. Delta’s current efforts towards biofuel, like partnering with the non-profit “Carbon War Room”, have been relatively insignificant. They need to double down on this investment in renewable jet fuel and in more cutting-edge research on aircraft powered by solar energies, batteries, or hydrogen.

Delta has much to gain from these advancements. Delta’s investment in airplane designs will not only help their consumers’ travel plans, as less carbon emissions hopefully lead to less delays during one’s globe-trotting, but will also serve as a competitive advantage amongst an increasingly eco-conscious generation of travelers.

Could the Olympics solve Global Warming?