According to the US Environmental Protection Agency statistics, the transportation sector generated 26% of global greenhouse gas (GHG) emissions in 2014. In the US alone, aircraft generated 151.5 Tg of CO2 equivalent GHG, or 2.2% of total emissions. Given the large GHG footprint, heavy industry regulations, and passenger demand doubling every 30 years, it seems inevitable for Airlines to play a significant role to stop climate change.

Fortunately, the airline industry is aware of this reality. The International Air Transport Association (IATA), comprising around 265 member airlines that carry 83% of the world’s air traffic, has set specific short-, mid-, and long-term targets to mitigate CO2 emissions: Improve fuel efficiency by 1.5% per year from 2009 to 2020, cap net aviation emissions from 2020 (“carbon-neutral growth”), and reduce 50% on net aviation emissions by 2050, relative to 2005 levels. Although IATA considers this targets both ambitious and possible, questions remain: Will airlines comply with the IATA targets? Are these initiatives sufficient? This article intends to briefly explore these questions through Delta Airline’s case, one of the world’s largest airlines.

By almost any metric, Delta is huge. During 2015, the company served 180+ million customers, employed 84,000+ people, reached 340 destinations across 64 countries, and operated about 1,270 aircraft. As a result, Delta generated a sizeable amount of GHG: 37.7 Tg of CO2 equivalent, or roughly 25% of the total US aircraft emissions. With such a significant contribution to global warming, the reader might wonder how does Delta plan to reduce their GHG emissions? Is Delta taking extra actions beyond the IATA targets? Let’s find out.

According to 2015’s Delta sustainability report, their climate change strategy is tightly related to IATA’s GHG emissions targets. To achieve them, Delta has focused on operational fuel efficiency improvements, aircraft weight removal, and aircraft maintenance and improvements. So far, Delta seems to be doing an OK-to-good job at meeting IATA targets, although some concerns remain: 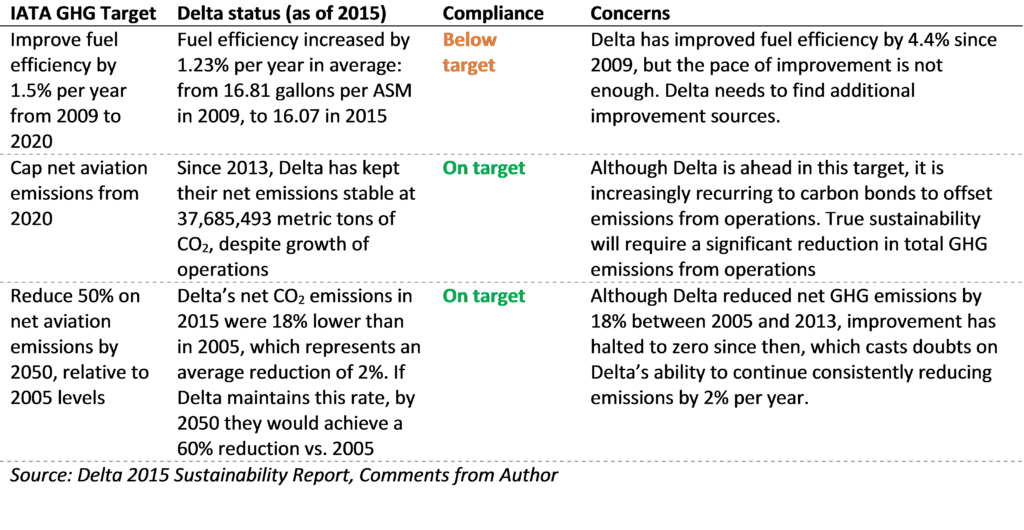 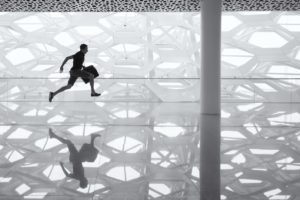 The Airbnb lesson for startups? Success takes more than technology

In addition to pursuing IATA GHG emission targets, Delta is also seeking to introduce alternative fuels that are more environmentally sustainable than traditional fossil fuels. As of 2015, Delta was one of the four airlines to have experimented with biofuel mixes. However, this effort remains too limited in scope – Delta has not committed to any specific biofuels targets, and has only tested in a single international flight (which was done in collaboration with Virgin Atlantic, another airline).

Delta’s relative success to date in reducing net GHG emissions is encouraging. If other airlines follow, perhaps the industry as a whole could cut net global emissions by 1%. This would be a 50% industry-wide reduction vs. 2005… but is it enough? Is the remaining 1% of global GHG emissions really inseparable from the long-distance travel industry?

According to Silicon Valley Billionaire Elon Musk, the answer is no. He and his company have been developing a novel transportation mode called Hyperloop, which by 2020 promises to connect cities faster and safer than planes, with zero emissions. What impact would such a technology have on Airlines? Are they prepared to deal with Hyperloop or similar technologies entering the market?

Delta, at least, seems vulnerable to potential industry disruptions. Delta shows no trace of research, investment, or acquisition of new travel technologies. Thus, I wonder… Has Delta bought a one-way ticket in a potentially declining industry?

Monsanto – Facing a Wicked Problem or a Major Opportunity?

Maker’s Mark: Seeing the Forest for the Trees