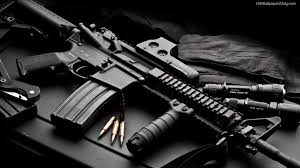 Download.  Print.  Load.  Fire.  Should it be this easy to obtain a functioning firearm?

Defense Distributed, a Texas-based non-profit dedicated to “the benefits of the American rifleman”[1], thinks so.  Founded in 2012 by Chris Wilson, then a law student at the University of Texas, Defense Distributed topped headlines in 2013 when it publicly released the designs for an operational 3D-printable pistol dubbed “the Liberator”.  A lawsuit filed by the US State Department forced the designs to be taken down two days later, but not before over 100,000 downloads irrevocably distributed it across the internet.[2]  To many, Defense Distributed (and Wilson specifically) was wildly irresponsible and dangerous.[3] Others saw Defense Distributed as a noble protector of civil liberties in America.  In either case, it highlighted that new innovations were leading society towards uncharted territory.

Simultaneous with the development of the “Liberator”, Defense Distributed had established an opensource database of weapons designs called DEFCAD.[5]  Thus, they leveraged the power of open innovation as a multiplier to additive manufacturing.  Ongoing legal issues have remained an issue, though a settlement this summer nearly re-authorized design releases.  Defense Distributed also expanded to computer numerical control (CNC) machining and sells the “Ghost Gunner 2” which produces the AR-15 semi-automatic rifle.[6]  CNC machining is similar to 3D printing in that an individual unit is produced based on an input design, though it is a subtractive rather than additive method.  Defense Distributed is able to continue selling the “Ghost Gunner 2” despite the recent legal issues impacting other aspects of its business.

It is an interesting, if perhaps uncomfortable, thought experiment to consider “What should the management of Defense Distributed do to capitalize on additive manufacturing in the future?”.  To a large extent, this will be dictated by the result of ongoing legal disputes.  Irrespective of that outcome, the more relevant question is what should be the reaction of society and government?  On a micro level, that requires considering the implications of this individual case.  Is it, for example, an infringement upon the free speech rights of Defense Distributed to block the distribution of designs on the internet as they and co-petitioners argue?[7]  And if there is some impingement of speech, might that be justified to prevent public harm?  Interestingly, even President Trump opined this summer that public distribution of 3D-printed firearms “doesn’t seem to make much sense”.[8]

More broadly, what other unforeseen consequences might emerge from the proliferation of additive manufacturing?  Are there risks to intellectual property protections or to public safety?  Do we need new regulatory structures to account for cross-border transfers?  Falling prices will enable more individuals to have the ability to produce an ever-wider array of items.  This dynamic could generate creativity and dynamism akin to what occurred in scholarship after the proliferation of the printing press.  However, the proliferation of production makes regulation difficult and can lead to abuses.  Embracing innovation is good, but it is important that we do so thoughtfully and with awareness of potential risks.

3D Printing the Future of Rail at Deutsche Bahn