With the rise of digital streaming options for consuming video content, customers are opting for alternative platforms compared to traditional cable television. The trend of cord-cutting—or foregoing a traditional cable subscription in favor of an alternative internet-based option—is posing a threat to cable companies.

The value created by cable companies is being diminished as customers increasingly prefer on demand to linear programming, and desire the mobility that alternative devices—laptops, tablets, smartphones—provide.

Price dissatisfaction and unnecessary content in cable services: In 2015, the average monthly cable bill in the U.S. was $99.10 with the average household receiving over 150 channels, of which less than 20 were actually watched. [1] The cable industry practice of “bundling” channels into packages often means that customers are forced to pay for channels that they do not want.

Alternatives for original content: Digital streaming companies have begun to enter the business of content creation, which poses an additional threat to cable companies. In 2011, Netflix began producing original content with its highly successful House of Cards, available only through subscription. By 2015 Netflix was streaming 16 original shows, and announced plans to have 31 original shows by the end of 2016. [2]

According to Deloitte’s Digital Democracy Survey, millennials spend nearly 50% of their time watching tv shows and movies on devices other than their television, compared to about 33% for total respondents. [5]

Comcast is the largest broadcasting and cable television company in the world by revenue. [6] In 2015, Comcast had total consolidated revenues of $74.5 billion, of which about 60% was from its Cable Communications segment—consisting of video, high-speed internet and voice services to residential customers. [7] 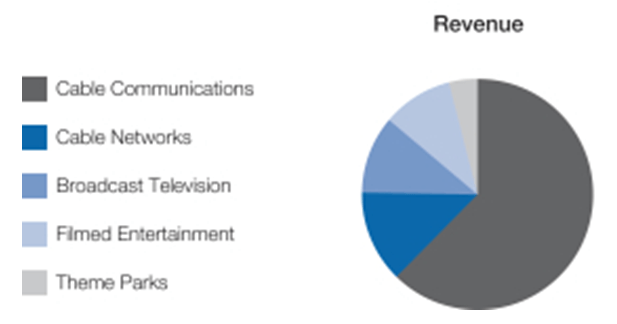 To adapt to changing technology and consumer behaviors, Comcast has taken a number of actions to hedge against cord-cutting. These efforts have allowed Comcast to beat analyst projections in one of the worst performance periods for cable networks (3Q2015, see graph below) and work towards reducing the number of cord-cutters. And in 2Q2016, Comcast actually increased the number of subscribers by 53,000. [8] 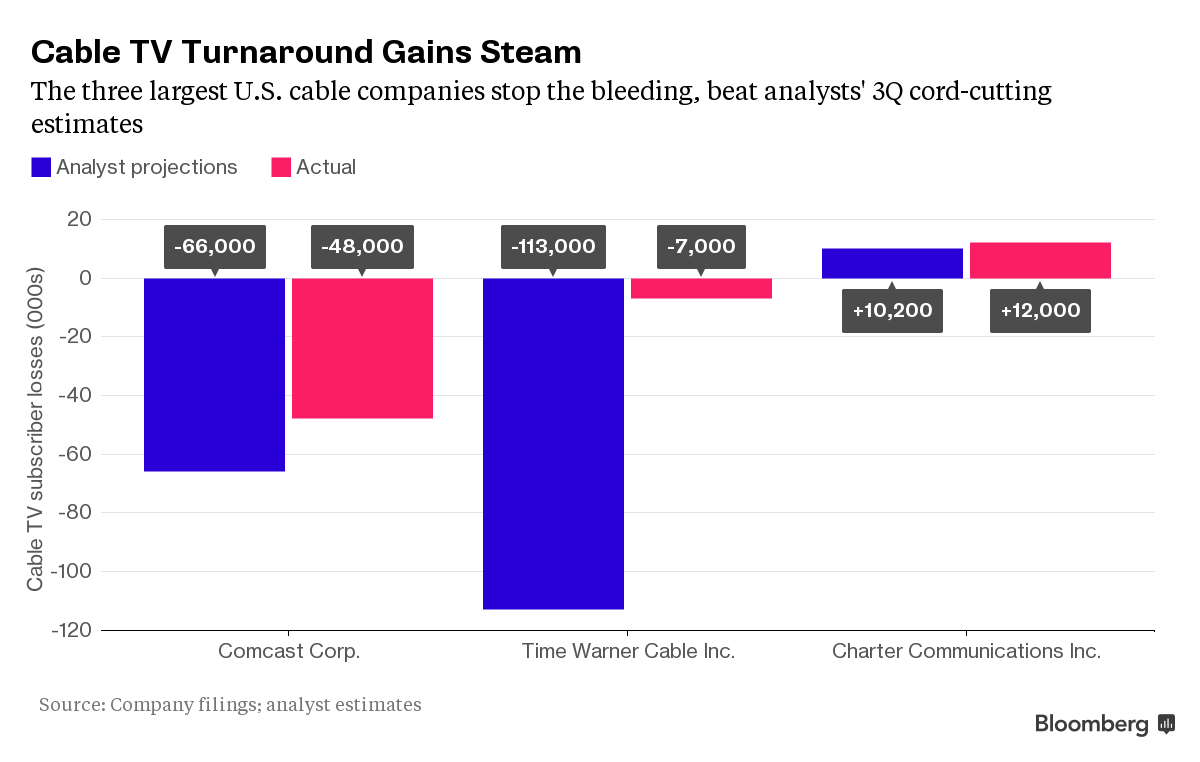 Acquisition of content producers: With the acquisition of NBCUniversal in 2011 and DreamWorks Animation in April 2016, Comcast has become a content producer as well as a content distributor. [9] This has allowed Comcast to diversify its revenue streams—shown in the “Cable Networks” segment of chart above—and hedge against decreasing demand for traditional cable services.

“Cord-shaving”, or offering cheaper bundles of cable: Comcast has started to offer discounted packages with fewer channels in order to prevent cord-cutters. [10] While these more customized, a-la-carte programing packages may be less profitable—most basic cable packages run between $10 and $50 a month—at least Comcast is not losing out entirely on these customers. [11]

Anchoring with internet and phone services: Through offering a combination of video, internet and voice services through “Comcast triple play”, the company has been able to maintain customers by making the incremental video subscription relatively low in price. Comcast continues to invest in its internet capabilities and fight for residential market penetration as an internet provider. [12]

New X1 platform and cloud DVR technology: To keep up with both competitors and the changing technological landscape, Comcast has invested in new technology that allows customers to access services on as many devices as possible. In its new cloud-based X1 platform, subscribers can access and store content on multiple devices. [13] This is perhaps the most meaningful step that Comcast has taken to address changing customer needs, embrace technological advances and sustain customers to its cable services.

What’s next for Comcast?

In order to combat cord-cutting, Comcast needs to shift from a product-oriented business towards one that serves consumer needs. Developing its X1 platform is a step towards delivering value based on customers’ changing usage of technology. However, Comcast has a long way to go in terms of perception as a customer-centric business. Focusing on making its products and services more convenient and providing higher value to customers instead of trying to make them difficult to switch away from would be a good place to start. Investing in customer service could also go a long way in building brand equity with consumers.