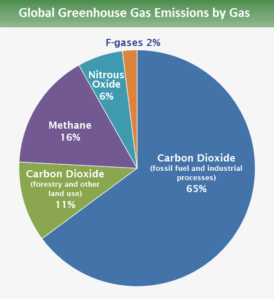 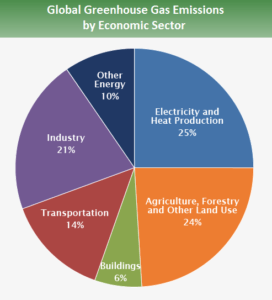 To set some context, Colbún is the second largest power generation company in Chile, with a total installed capacity of 3,278 MW. Chile’s government has ratified the Kyoto Protocol as well as signed the Paris Agreement (this last an agreement between members of the UN) (3) with the intention to decrease the emissions on a national level and show its commitment to help with this worldwide problem. In turn, the government has issued a series of laws to address this issue, going from limitations to households’ emissions to industry level regulations.

This last part affects Colbún directly, as some of the most stringent laws adopted by the government were aimed towards the generation industry. In particular, the biggest law going around is the so-called “20/25 law”, which states that by the year 2020 at least 25% of the generation of a company has to come from Non-Conventional Renewable Energy (NCRE) sources, a big jump from the 6% that was stated for the year 2014.

This poses many challenges for the energy industry in general, and for Colbún as part of the industry. One challenge is related with the investment needed to build these new facilities, which in the power generation industry means billions of dollars with usually long construction leadtimes and even longer return periods. According to a research from the Pontificia Universidad Católica de Chile (the country’s most prestigious university), it will cost the country $31 billion dollars to meet this law (4), something around 10% of the nation’s GDP. This translates into a cost of $68/MWh that is injected to the system, and that most likely the generation companies will have to incur.

This cost is in part explained by another difficulty of incorporating NCRE to the system, which is given by the intermittent source of energy that these types of power plants present. Given that a solar plant or a wind farm do not generate electricity all day (because of no production during night time or unstable wind patterns throughout the day, respectively), a company must invest to have a “back-up” facility during those hours. Since this back-up facility only works during the NCRE plant off hours, the initial investment is then divided by a fewer number of hours, increasing the fixed component of the energy cost.

Third, the company faces reputational risks, as most companies nowadays. In the case of Colbún this can go to the point of people protesting outside its facilities and having them shut down the plant, or as it happened with an emblematic project named HydroAysén, people’s protests made the Supreme Court revoke the original legal and environmental permit the company had to build the plant.

The company has worked not only to meet the requirements but to exceed them and be a leading player in sustainability. Colbún has voluntarily created a Sustainability Report in which it shows everything the company is doing to address these issues and to provide to the public all the figures to evaluate the company’s performance in this regard. It also created an online live emissions control panel of this thermal plants. All of this is obviously possible by practices to reduce the emissions, such as filters in the plants, using the newest technology available, mitigation plans and other similar practices. Also, the company has sold carbon bonds in international markets for a total equivalent to retiring 885,000 cars of the streets (5). In addition, the company continuous to invest in sustainable energy, which translates in the acquisition of a wind farm in 2015, and of a solar plant in 2016. As a recognition of all this good practices, the company’s Angostura project won the award of Sustainable Project of the Year by Cigré in 2014 (International Council of Large Electric Systems, based in Paris), and in 2015 the SOFOFA (Federation of Chilean Industry) awarded Colbún with the Sustainable Corporation of the Year. All of these were leaded by the Chief Sustainability Officer, a position created by the CEO years ago to help the company lead the way in these matters. 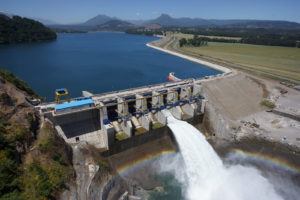 The company is doing a good job in leading the way in a national level towards sustainability. It should continue to do so, and push to always be in the front of these, and not fall behind because it thinks it has done a good job so far.

TESLA: Accelerating the Transition to Sustainable Transportation for the Masses

British Airways: Flying in the face of fuel inefficiency