The reality of climate change is becoming increasingly difficult to ignore.  Changing weather patterns, increasing droughts, and rising temperatures are having pronounced impacts on businesses worldwide.  This is especially true for businesses within the global food and beverage industry, whose agricultural inputs are inherently reliant on the predictability and consistency of weather patterns, crop yields, livestock health, and other climate-dependent factors.

The food and beverage industry is the single largest consumer of agricultural raw materials, and climate change endangers its future.  Ironically, however, businesses in this industry have had enormous contributions to greenhouse gas emissions – the ten largest food & beverage companies, if combined, would represent the 25th most polluting country in the world.[1]

With climate change comes increases in temperature, CO2 content, and the rate and severity of droughts and floods, all of which threaten both the reliability and predictability of crop yields.  Scientists at NC State and Columbia University have predicted that by 2100 greenhouse gases could reduce crop yields by 30-46% under slow global warming scenarios and 63-82% over rapid global warming scenarios (Exhibit I below provides some context to the expected crop yield changes between now and 2050). [2]  All crops have optimal temperatures for reproductive growth, making reducing and adapting to climate change of utmost importance for food and beverage companies.[3]

Coca-Cola is one such company.  A major, global leader within this industry, Coca-Cola understands the importance of controlling human impact on the environment for the future viability of its business.  Though Coca-Cola does not own or operate any farms, it relies on the agricultural output of those farms (which it receives from its suppliers), to manufacture its end products – half of the company’s spend on procurement goes to its agricultural inputs.[4]  The company relies on millions of tons of fresh fruit, corn, tea, sugar, coffee and other ingredients every year.[5]  Coca-Cola’s long-term success depends on its ability to maintain reliable supply of those products.

However, Coca-Cola is also part of the problem – the company emitted 59 million metric tonnes of GHG in 2010 alone (roughly the size of Norway’s total annual emissions).[6],[7]

Given both the importance of climate change on its business and its huge carbon impact to date, Coca-Cola has done a good job in taking steps to boost its long-term sustainability, both for itself and for its peers across its entire value chain.  In 2013, the company announced a partnership with the World Wildlife Fund to cut the carbon emissions linked to each of its products by 25% before 2020 (off a 2010 baseline) (i.e., reduce the carbon footprint of the “drink in your hand” by 25%).  This is a comprehensive proposal that focuses on the entire value chain – ingredient sourcing, manufacturing processes, packaging formats, delivery fleet, and refrigeration equipment.[8]

The company has certainly made progress, cutting the CO2 embedded in the “drink in your hand” by 13% at YE2015, and it has done so through multiple initiatives.[9]  For example, the company has taken drastic measures in reducing the carbon footprint of its commercial fleet.  Coca-Cola has transitioned its transportation vehicles to become the largest heavy-duty hybrid commercial fleet in North America, with over 650 hybrid delivery trucks, and has also begun building a fleet of zero-emission trucks of alternative fuel vehicles (AFVs) in North America, which currently exceeds 750 vehicles.[10]  In addition, Coca-Cola has emphasized improving the environmental performance of its refrigeration systems with HFC-Free coolers.  The company has spent over $100 million over the past decade to make its coolers more socially responsible, developing devices that reduce electricity use by monitoring usage patterns and adjusting lighting and temperature to maximize energy efficiency.[11]

I applaud Coca-Cola for setting demanding targets for itself and setting a positive example as a leader of an industry that is in dire need of limiting and ultimately reversing its carbon footprint.  While I certainly believe that Coca-Cola has made solid progress on its initiatives to date and is on track for its 25% improvement by 2020, Coca-Cola still needs to de-couple its growth from its carbon footprint.  As a company that continues to look to expand, particularly in emerging markets, it should do everything necessary to make the changes and advancements required such that the company’s future growth does not increase its GHG emissions.  To do so, the company needs not only to increase its energy efficiency, but, more importantly, to make more of an emphasis on renewable energy sources for its manufacturing facilities.  Eventually, I hope the company can eventually come to rely more on clean energy technologies like wind, photovoltaic, hydraulic and biomass for its manufacturing – after all, it’s long-term future depends on it. 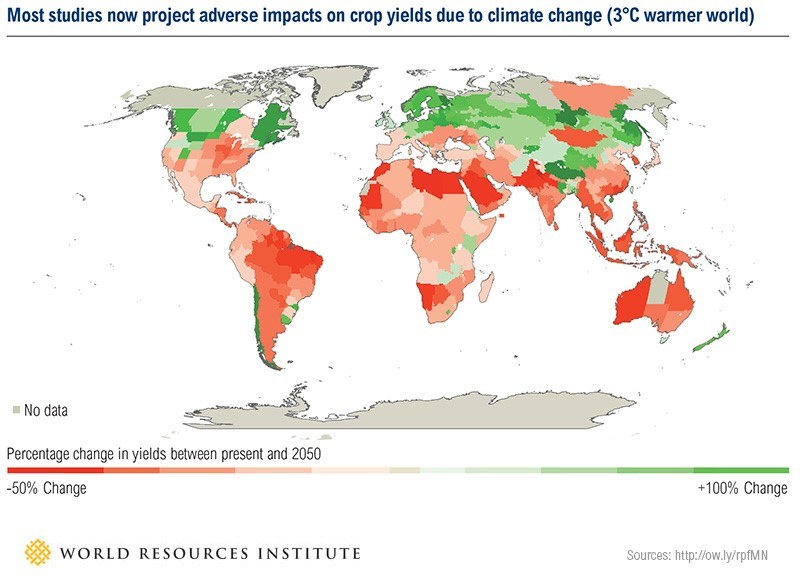 Water Water Everywhere, Not a Drop to Drink

Student comments on Coca-Cola: A Major Part of the Problem, but Working to a Solution