Two minutes to Food Dev. Two minutes, people! Grab your name tag, your tasting sheet, a hair cover, and meet me at the kitchen lab. –Christopher (Chris) Anderson, Clover’s VP of Food Operations, shouted from across the room as he kicked-off Clover’s weekly Food Development meeting.

The fifteen participants –which included Clover’s CEO, the VP of Ops, a few employees, a handful of customers, and me— promptly followed Chris’ indications. We gathered around a steel table with samples of three different types of corn muffin ready to be evaluated.

As I tasted the new recipes and shared my thoughts with the group, I reflected on Clover’s approach to product innovation. Constant recipe tweaks fueled by feedback was not a usual practice for fast food restaurants. Most chains operated on consistency, but Clover changed up to 80% of its menu over the course of a month.[1] How could this radically different approach to its operations lead to a successful business? 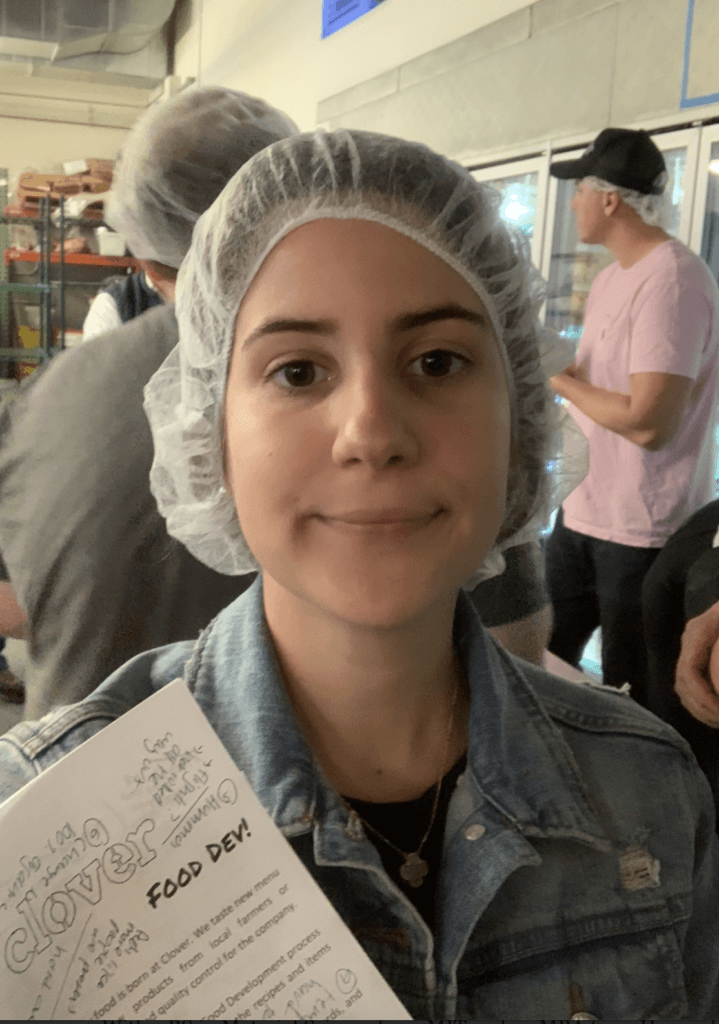 Since its origin, Clover has differentiated itself from traditional players in the fast-food category by including feedback from customers, employees, and suppliers in every step of the food development process. This culture of experimentation can be attributed to Ayr Muir, the founder and CEO of Clover Food Labs.

With a BS in Material Science from MIT and an MBA from Harvard Business School, Ayr hoped to go into the field of wind energy as he cared deeply about the effects of climate change.  However, after reading a report on meat consumption and its effects on the environment, Ayr decided to go into the food service industry instead. If he was able to use a restaurant as a vehicle to reduce meat consumption, he could have a bigger impact on climate change than transportation and energy[2]. Clover’s ambitious goal is to “take someone who loves meat – and probably a lot of them don’t think they like vegetables– and we’re trying to get that person to make their own decision to change their meals [and] change their habits.[3]”

Changing the eating habits of millions of people is no small endeavor. However, Ayr believes that Clover is uniquely positioned to achieve this because they incorporate experimentation and data collection into every facet of the company.  Ayr argues that having a culture of experimentation and using open innovation methods comprises much of Clover’s competitive advantage. This will lead them to “defy all the laws of gravity for [his] industry”.

In his book, The Third Wave, futurist Alvin Toffler argues that pure consumers are a phenomenon of the Industrial Age and that they will be replaced by prosumers, consumers who take part in the production process and coproduce many of their own goods and services[10]. Clover Food Lab appears to be the epitome of the type of company Toffler envisioned. However, after learning about Open Innovation, reading all about Clover’s history, and attending a weekly Food Dev meeting, a few details still make me question how true the previous statement truly is.

Can the maker of Post-it notes solve healthcare pricing?