TATA Tea is (aka TATA Global Beverages, TGB) is one of the largest global non-alcoholic beverages company headquartered in Kolkata, West Bengal and a fully owned subsidiary of the TATA group. It is most famous in India for owning several of the largest Tea brands as well as leading the JV with Starbucks in India. Annually, it manufactures 70 million kilograms of tea in India, controls 54 tea estates, ten tea blending and packaging factories and employs around 59,000 people. 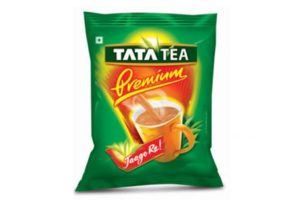 Tea and Climate Change: Climate change impacts agriculture in several ways including, but not limited to, changing rainfall patterns, soil salinity, soil moisture content, temperature patterns, CO2 concentration etc. While all agriculture based industries are facing challenges of creating safeguards against climate change, tea cultivation is probably amongst the worst hit ones. One of the unique aspects of tea cultivation – and what makes it different from most other agriculture – is the fact that a tea bush is planted only once every 50-60 years. Any changes to the crop, hence, need to be planned several decades in advance. Moreover, the impact of subtle changes in temperature and precipitation can create a world of change in tea quality and flavor. 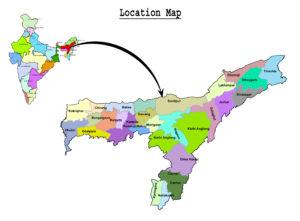 m: Most of TGB’s estates are in the North-Eastern state of Assam in India. Assam is one of most important tea-producing regions of the world. It manufactures high-end graded tea which contributes to around 17% of world tea production. It produces more than 50% of India’s total tea production. Around 2 million laborers in Assam are dependent upon high tea yields, both in quality and quantity. Climate risk is high on Assam due to its proximity to the flood-prone Brahmaputra river and exposure to high extremes of rainfall and temperature. Specifically, Assam is on the upper end of the range suitable for tea cultivation. Thus, the slightest change in temperature would mean areas in Assam could become unsuitable for tea cultivation.

Potential risks to TGB’s cultivation: Early reports predict that Assam’s tea productivity could decline by upto 40% due to impact of climate change by 2050. With most of TGB’s estates being in Assam, this represents a major change in operations for the $1.3 Bn company. Plantations would need to be relocated to higher altitudes to be able to grow tea. Cultivation strategies would need to be modified to adapt to changing temperature and precipitation factors. Local workers would need to be rehabilitated. TGB would also need to identify areas in a completely new geography to sustain demand. Further, TGB would also face the issue of growing alternate crops on the land no longer suitable for tea cultivation.

TATA’s commitment to climate change: The TATA code of conduct was incorporated in 2008 which strongly prioritized sustainable managerial policies to protect the climate. TQMS (TATA Quality Management Services) was tasked with helping group companies combat climate change. Specifically, TGB safeguards the flora and fauna around it’s estates. It has assumed protection for 1100 hectares of swamps and streams within its estates. In 2015, TGB was identified for the 3rd year in a row on the Climate Disclosure Leadership Index. They reduced their carbon intensity by 33% over the past 4 years. They have been migrating factories to renewables and their Theni factory is already harnessing both wind and solar energy. TGB has also been an active member of the Ethical Tea Partnership – a not-for-profit membership organization that has been working with tea producers and tea companies to improve the sustainability of the tea industry since 1997.

Association to capture indicators of climatic changes that could impact India’s tea growing regions in the next 50 years. The aim is to identify areas that will remain suitable for cultivation, those that will require adaptation and those that may become unsuitable and hence, may need to switch from tea to other crops. Preliminary findings and the predicted probability distribution of tea show that by 2050, tea production would need to shift towards comparatively higher and cooler altitude areas. The initial findings also identify new opportunities such as new areas for tea cultivation due to the shift in suitability of growing regions.

While TGB has been proactive much more needs to be done to combat climate change. New varieties of tea need to be identified which could grow in the elevated temperatures and lower precipitation of Assam. Agricultural practices need to be identified that can protect the crop from the variations of climate. TGB could be the forerunner in promoting such research projects. This would help it get a leg up in acclimatizing to the changing climate while also creating a wealth of literature for other tea producers to follow. (790 Words)

From Cocoa Beans to Coffee Berries: How Nestlé is Preparing for Climate Change