Celgene Corporation (NasdaqGS:CELG) boasts impressive statistics: with only 6000 employees, the company was able to generate almost 2 billion dollars in net income in 2014, has more than doubled its revenue between 2010 and the twelve month period leading up to September 2015, produced more than 2 billion in operating cash flow during each of the last three years, returned more than 20% on equity for each of the last four years, and is currently valued by the market at almost 90 billion dollars. 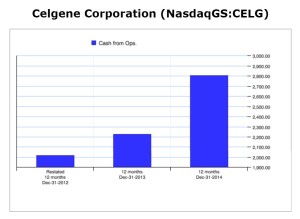 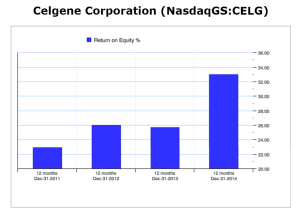 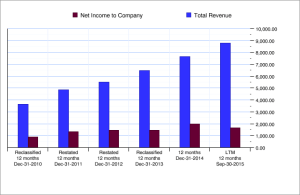 According to the company’s website, Celgene’s “vision as a company is to build a major global biopharmaceutical corporation while focusing on the discovery, the development, and the commercialization of products for the treatment of cancer and other severe, immune, inflammatory conditions”.

How is Celgene’s Massive Success Possible?

In the words of Chairman and CEO Robert Hugin, the company’s alignment between its business model and its operating model is completely natural: “it’s not hard to set bold goals—you don’t need to meet many cancer patients to understand the urgency.” Furthemore, Joel Beetsch, vice president of Patient Advocacy, describes Celgene’s as “a make-it-happen culture.” These are some of the key factors that align Celgene’s operating model with its business objectives:

As far as operating-business model alignment goes, Celgene is a great example of a company that has managed to balance huge growth with a sustainable long term model.

Warby Parker: Disruption on the back of a revolutionary vision, mission and culture