The coffee industry is one which has not been spared the effects of climate change. Because coffee is a resource-intensive product which reaches a vast number of consumers on a daily basis, it is essential that the industry takes the necessary measures to mitigate the spread and scale of the issue. Furthermore, agriculture experts have predicted that climate change will affect coffee production, which in turn will result in lower yields and possibly scarcity of the beans. According to a study conducted by MIT [1], if the warming of the Earth continues at its current rate, about eighty percent of the coffee bean producing areas in Central America will be unsuitable as early as 2050. Known to be the largest coffee seller in the world, Starbucks is a company that is reacting to the climate change issue and taking steps to alleviate and adapt its business model to the effects.

Starbucks has reasons to bring about change

First, because climate change can create various changes from heat waves to droughts to excessive rainfall, coffee is a crop that is very vulnerable to weather changes. In addition, climate change has been named the main cause of the Coffee Rust, a disease that affected approximately half of Central America’s coffee crop [2]. With the effects of climate change seeming to increase year after year, coffee farming will ultimately be negatively impacted, possibly resulting in shortages in supply, differences in quality, and increases in price for Starbucks’ consumers.

Starbucks has reacted since over ten years ago on both store and farm levels. On a company-wide store level, Starbucks has started by creating measures to reduce its own environmental impact by focusing on renewable energy and energy conservation. In 2008, the company set a goal of reducing its energy use by 25 percent in all of its company-owned stores, which is a massive reduction, considering the size of the company [3]. Additionally, Starbucks was one of the nine Fortune 500 companies who announced plans to purchase only renewable energy [4].

Also, on a store level, to reduce its carbon footprint, Starbucks focused on green building and has built all new buildings to achieve LEED (Leadership in Energy and Environmental Design) certification [5], meaning that buildings have been constructed using recycled and locally sourced materials (see Figure 1 below). It was the first company to attempt to build globally in this manner and has more LEED certified retail stores than any other company in the world [5]. 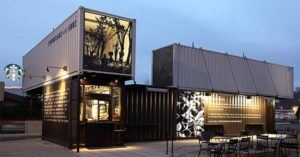 Figure 1. A LEED-certified Starbucks building. The store reduces material use.

Furthermore, Starbucks has been investing in studies on coffee farming and has been working directly with coffee farmers to implement their findings and help improve farmers’ ability to adapt and grow beans in changing, warmer climates. For example, in 2013, Starbucks bought its own coffee farm in Costa Rica and transformed it into a laboratory facility to test and experiment various coffee cultivation practices [6]. The facility’s main research focus is on growing coffee plants that are better suited to surviving warmer weather and similarly, resistant to climate change-related diseases such as Coffee Rust. In addition, Starbucks maintains that the discoveries from the research will be available to anyone so that farmers around the globe can be better informed of best growing principles. Starbucks has also partnered with Conservation International to include its findings as part of Coffee and Farmer Equity Practices, which detail ethical coffee-buying standards [5].

How should Starbucks move forward with this issue?

Thus far, Starbucks has taken many steps on the store and farm levels. However, it seems that much of coffee’s carbon footprint comes not only from farming and transportation, but also from the other end of the chain which involves the drinking of the product itself. A next step for Starbucks may be to educate the end-consumer so that the consumer better understands the implications of climate change on coffee production, and ultimately, consumption.

In addition, seeing as how the Costa Rica farm has been successful, Starbucks could potentially purchase more farms and carry out its own coffee bean production.

Climate Change and the fight against ISIS

Starbucks: Jack and the sustainable bean-stock

Student comments on Can the coffee industry prevent the imminent coffee catastrophe?