Conde Nast, the over 100-year-old media company, is home to nearly 50 different print and online magazines across the world, including some of the biggest names in the industry – Vogue, Vanity Fair, GQ, and The New Yorker. Despite the power of these brands, the company, like all print publishers, has been and continues to be immensely challenged by the rise of the internet and the migration of its readers and advertisers to digital outlets. Since 2009, the company has invested hundreds of millions of dollars in the hopes that it can evolve as a business and survive in a digital world.

The Decline of Print Magazines

Magazine publishers have two major sources of revenue – circulation (single magazine sales and subscriptions) and ad revenue. At its height in 2007, U.S. magazine publishing revenue totaled $49.3BN. Fast forward to 2015, that number was down to $28.3BN, a 43% decline from 2007.[i] The decline is a direct result of readers and ad dollars moving toward digital, and it shows no signs of slowing.

Conde Nast felt this decline almost immediately. In 2009, the company suffered its worst year ever after losing $600M to $1BN in revenue compared to the previous year. As a result, the company made a commitment to invest in digital, setting aside $500M to make inroads into new distribution platforms, content creation, and e-commerce.[ii]

The first thing Conde Nast focused on was building up its owned web presence. It hired staff to make dedicated content for its websites, creating added value beyond a digital copy of the print magazine. Readers get digital copies with a print subscription, and they also began to sell digital only subscriptions. Looking to expand into mobile, they launched iPhone apps for Vogue, GQ, and Glamour and have partnered with companies like Amazon and Zinio who sell digital magazine subscriptions.[iii] They also began acquiring digital-only content sites, most notably Reddit and Pitchfork Media.[iv]

Understanding that an area ad revenue was growing was digital video, the company launched Conde Nast Entertainment in 2011, an internal development and production studio focused on creating digital video content around its magazine brands. The studio has created over 30 series to date and launched TheScene.com to house all of its digital video series.[v] 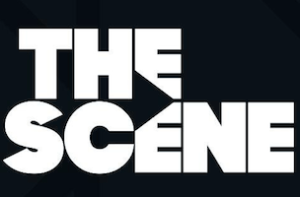 In 2015, the company also launched 23 Stories, a branded content studio that allows for advertisers to partner with Conde Nast brands to create video content marketing.[vi]

To diversify further, Conde Nast has also heavily invested in fashion focused e-commerce sites. The company has invested in Farfetch, Moda Operandi and Rent the Runway and launched its own e-commerce site style.com, which was previously a content site.[vii] 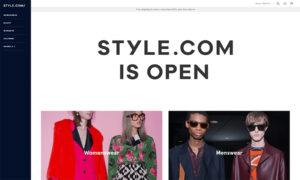 Conde Nast has toted its digital success as of late. In October 2015, the Condé Nast network of sites drew 98.5 million unique visitors, a 36% increase from 72.2 million in October 2014, according to Comscore.[viii] Management also appears to be committed to the medium, hiring its first Chief Digital Officer in 2014 and a new digitally-oriented CEO in 2015.

However, the measures to date are stop gaps, rather than long-term solutions. The company continues to give away its online content for free, instead of building a pay wall. While digital video is popular, its ad margins are far smaller than print, providing a way to slow the decline, but not reverse it. To grow, the company will need to find a way to monetize its online content beyond advertising. Its strategy to diversify revenue sources has provided short term relief, but in the end, its core competency is great content, and they need to better leverage that ability to grow revenue, selling its content to not just readers, but other third parties. (795 words)

The NextGen Way to Get Around

Student comments on Can Magazines Survive the Internet?