Oil Sands producers are feeling the heat as a slew of Canadian and Albertan legislation, focused on carbon emission reduction, has been introduced this past month. In early October, Canadian Prime Minister Justin Trudeau released plans for a nationwide carbon tax plan that would be imposed on Canadian provinces unless they enacted their own local tax plans. This announcement came on the heels of another carbon tax that was introduced by the Alberta government in late 2015, which levied a $20-$30 per tonne tax on carbon emissions in the province of Alberta.

So what does this mean for the oil sands community? In addition to placing additional scrutiny on the environmental impact of the oil sands industry, these proposals directly affect the economics and future of the industry in two meaningful ways:

The impact of these two provisions is likely to have a long term impact for oil sands producers in the region, including large producers like Cenovus, which contributes 10-15% of the 2.3MM+ barrels of oil produced each day in the region [1]. As comparative, company-specific emissions data is difficult to obtain, it remains to be seen whether Cenovus will be impacted positively or negatively “threshold” adjustment; however the overall emissions cap will significantly shape the future of all oil sands production growth in the region.

Cenovus currently produces ~310 kbbl per day of oil and has 80 kbbl per day of production capacity in construction along with ~500 kbbl per day of oil sands reserves approved for future development [1].With a significantly higher cost of production than conventional oil, producing at greater scale is paramount to oil sands producers like Cenovus, and future opportunities for growth represent a significant asset for the company. With a hard cap on carbon emissions, Cenovus will need to focus on improving its carbon footprint in order to grow in the future. 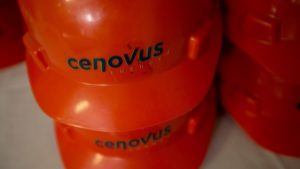 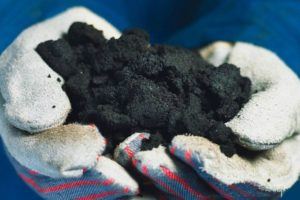 In response to the introduction of this bill, Brian Ferguson, chief executive officer of Cenovus Energy Inc., said it is “illogical” for Canada “to completely leapfrog over oil,” which is a “fantastic” energy source. Instead, time, effort and money should be used to cut emissions that result from oil production and its use, he said [7]. To this end, Cenovus continues to invest in a series of programs with the goal of reducing carbon emissions in its production process. Four of Cenovus’ biggest investments are below.

The big question is whether this innovation will be enough. With such an immense risk to the livelihood of the company, it is clear that Cenovus needs to position itself both in brand and technology as the leading clean energy provider in the oil sands region. However, at its heart, this challenge remains an operational and scientific one. Cenovus needs to continue to push innovation, but also expand its partnerships with universities and its fellow oil sands producers. In an industry where success is so tightly intertwined, joint research ventures should be more ubiquitous and data should be shared openly. Otherwise, companies like Cenovus run the risk of becoming like the reserves they toil to extract: full of potential, but largely untapped. (794)

NIKE combats Global Warming: “Just Do It” for the Planet

Student comments on Can Innovation Save the Oil Sands?