In the shadow of Apple, Google, and the SF start-up boom, Microsoft (MSFT), the once juggernaut of innovation, was all but tossed aside to the junkyard, joining the ranks of the “Old Tech”- IBM, Cisco, and HP. Consumers perception of MSFT the past five years could be best attributed to its missed opportunities in the dawn of the iPhone (2007-2008). In a world that was becoming increasingly connected, with game changing proliferation of devices and broadband speeds increasing at 25% annually[1], MSFT missed the mobile revolution, instead opting development resources on Vista[2] – a widely accepted product failure in personal computing. However, MSFTs strong financials and hold on the PC productivity suite (Office) helped it weather botched Vista and Windows Phone launches.

Gains in technology over the subsequent years ushered in the shift to Cloud computing. Cloud represented a radical threat to MSFTs cash cow products, Office and Windows. Like its Old Tech peers, MSFT initially fought the shift to the cloud and continued to operate its software licensing business due to CEO Steve Ballmer’s reluctance.[3]

Traditionally, MSFT sold very high margin on-premise licenses to end customers that they owned indefinitely. In world of cloud computing, licenses became subscriptions and users paid for access to software on an annual or monthly basis. However, thanks to a shift in leadership, subsequent CEO Satya Nadella, made cloud computing a priority.[3] In a bold swoop, MSFT reimagined its product offerings and transformed its business and operating model starting down the mobile first, cloud first strategy its embraced today.[4]

MSFT strategy to cloud involved betting big on two main products, Azure and Office 365, as well as building out storage as infrastructure for both. First, and most industry shocking, was moving its Office suite, the leader and in the market and cash cow, to be a subscription model. (Exhibit 1) While software rental models were gaining traction, they commanded a lower margin[3] and were not proven in the enterprise/productivity space.  To mitigate slow adoption and or resistance to adoption, MSFT implemented a “burn the boats” approach where it sunset the old offering and forced consumers to upgrade. Sometimes referred to as a fail forward approach, this method for transitioning users is extremely risky, as it inevitably drives attrition, but if successful can accelerate growth.  Under the rental model MSFT would in the short turn take a loss to the its topline (revenue), however capitalize on the long life of its customers and get between 1.2-1.8 expansion in earning over the life of the customer.[5] (Exhibit 2) In addition, the stickiness of its Office Suite positioned MSFT to cross sell its cloud storage, Exchange email servers, and cloud platform to both the PC and mobile/table markets (e.g., Azure). Users of Office were now storing their data on the cloud and renting the latest software with access on the go, a departure from how software was consumed and distributed the past few decades.

Moving forward MSFT needs to position its cloud offerings to coexist in a one device, one account ecosystem. Our lives are becoming increasing digital, from the houses we live in to our own bodies, we are moving towards a connected world. In this world where nests adjust temperature settings based on your temperature per your fitbit, or where interconnected apps drive purchases seamlessly in the background via smart devices, the power and earnings will reside with the company that underpins these data streams together.

The links that bond this digitally enhanced world include: AI w/ natural language processing, cloud data storage, and cloud security. Office 365s transition has laid the ground work for all three. It pushed users to interact on the cloud (OneDrive) with their personal and corporate data, building trust in cloud tech, making MSFT a player in cloud security, and establishing MSFT up as a SW rental company. Furthermore, for AI MSFT has embedded Cortana into the latest office suite and has built text to speech functionality.[6]

Who will own the hardware of the digitally enhanced world is still largely unknown, but MSFTs recent push into the cloud has positioned it to own the SW underpinning it all. (772 words) 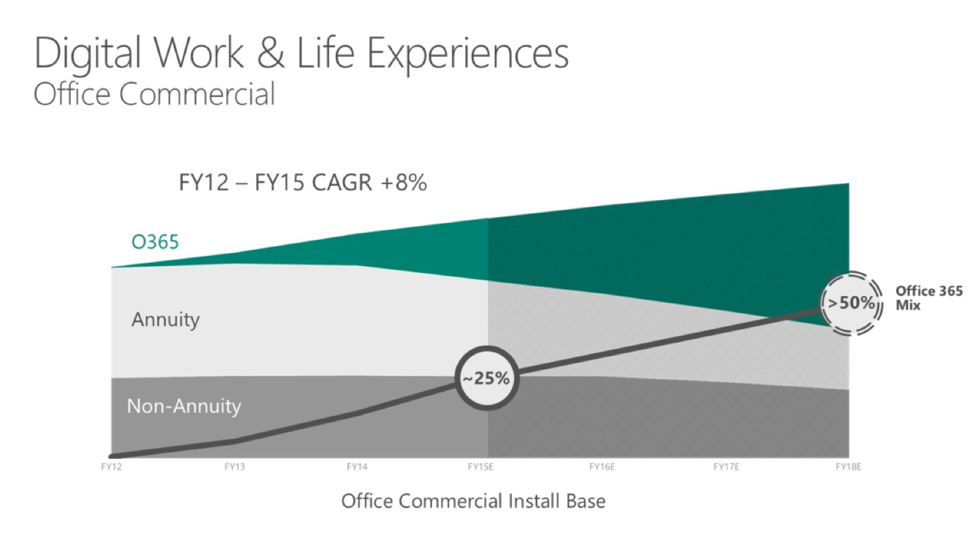 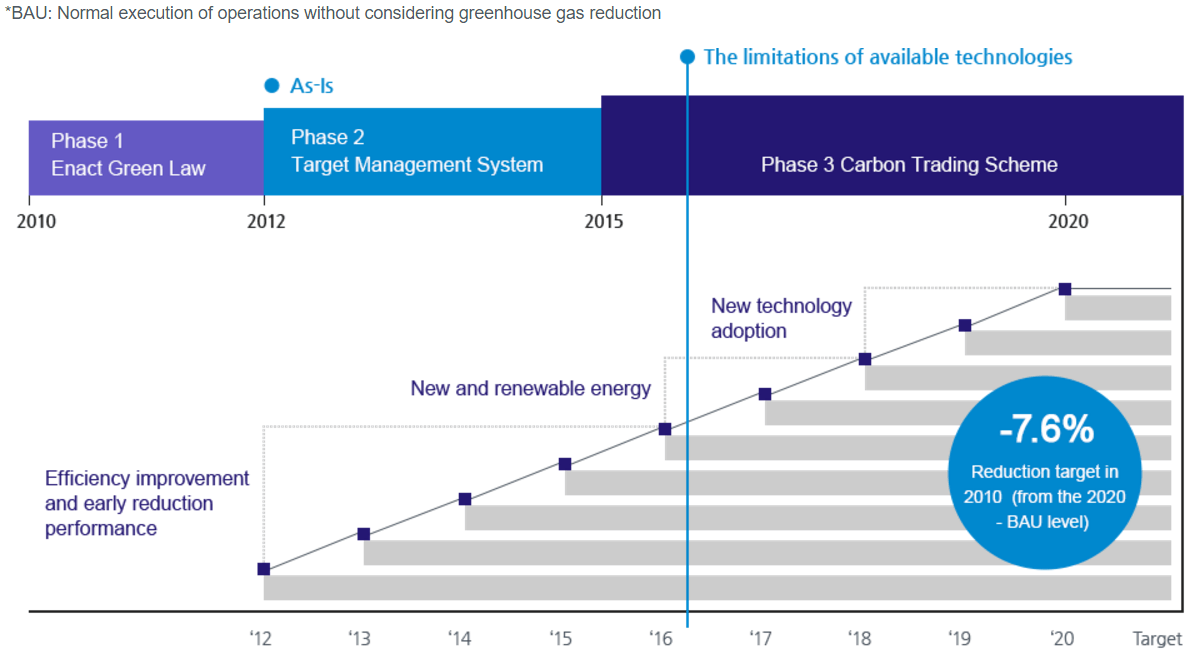 There’s an App for Trash, Too

Student comments on Burn the Boats: MSFT transformation with Office 365