Baseball is the oldest of the United States’ four largest professional sports, but arguably the one most impacted by the cutting-edge technology of machine learning. Fifteen years have passed since Michael Lewis released his book Moneyball which chronicled how the Oakland Athletics, a team with significantly fewer financial resources than most of its competitors, had used advanced analytics in the preceding years to become one of the best teams in Major League Baseball.[1] In the years since, numerous other baseball teams have bought into analytics, using machine learning to maximize performance of players to win more baseball games and attract more fans to games. In the past few seasons, perhaps no team has done more in this area than the Boston Red Sox.

In 2018, the Boston Red Sox won 108 games, the most in the league, and more importantly, the World Series Championship. According to Tim Britton of The Athletic, the team attributes a lot of its success to its analytics department. In fact, Britton points out that a team official pointed straight to that group when discussing the team’s success.[2] Recently, the Red Sox approach to machine learning has undergone a major overhaul. As Dave Sheinin of The Washington Post points out, at the end of a disappointing 2015 season Red Sox ownership believed that the team relied too much on analytics and sought a “more holistic” approach to optimizing team performance.[3] A holistic approach, however, did not mean an abandonment of analytics: As Alex Speier of The Boston Globe mentions, the team saw an improvement of its information technology as a key cog in the holistic approach.[4]

The Red Sox new strategy towards machine learning has a two-pronged approach: The improvement of information technology and better use of data from that technology by the team itself. Previously, the Red Sox employed “Carmine,” an IT database which provided information to improve organizational decision making. Now the franchise has worked on an improved database they’ve dubbed “Beacon” which offers App-based, more user-friendly data derived from asking deeper questions to help management make better personnel decisions.[5] A better machine with a new name wouldn’t mean much without the human buy-in, however. As Britton notes, the team has increased the number of personnel within the analytics department. Additionally, new team manager Alex Cora, the person with final authority on how to use players during a game, earned his position largely due to his belief in and ability to utilize data provided by the analytics department. In one game, for instance, Cora placed one of his players, Mookie Betts, in a perfect defensive position to prevent an opposing player from getting a  hit. After the play, Betts took out an index card provided by the analytics department which gave him and Cora an easy-to-read description on where he should position himself against each hitter.[6] 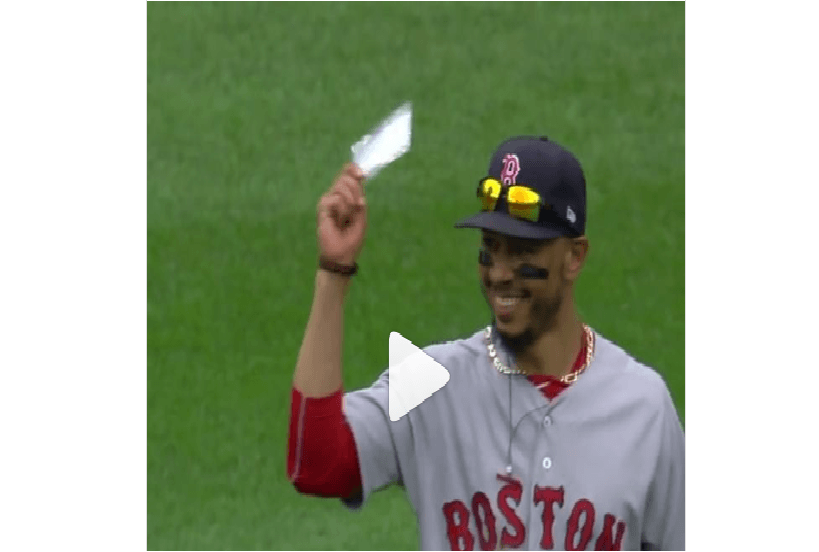 Overall, I commend how the Red Sox have improved their machine learning capabilities and the way humans interact with it. Going forward, I anticipate that the organization continuously will seek ways to improve along this front, and I would recommend so doing since sports analytics now is such a competitive field. I also have some other pointed recommendations. For one, as Sheinin points out, the Red Sox DO currently have the highest player payroll.[7] While the Red Sox have more financial resources than most teams, I recommend that management use Beacon to determine how to use personnel costs more efficiently, especially because several important inexpensive players, such as Betts, will seek new contracts soon. Also, Boston should look into whether Beacon can analyze some human factors. For instance, David Price, a top pitcher, played exceptionally well this past October when he usually plays horribly during that crucial month. Could Beacon possibly detect a pattern and predict such breakthroughs?

While completing this essay, several questions came to my mind which made me somewhat skeptical of exactly how important the Red Sox improvements have been. First, would the improvements have mattered THAT much if the Red Sox did not have the financial resources they enjoy relative to other teams? And, secondly, when so many teams employ machine learning in the sport, how can we be sure that innovations that lead to improvement come from shrewd decisions and not just luck?

Rome Wasn’t Built in a Day (Neither was Toronto)