A lonesome temple on a hilltop in northwest Beijing, Longquan Monastery has been the destination for many Buddhists seeking enlightenment for centuries. It was firstly built in Liao Dynasty in 957 AD and has undergone vast changes and transformations since its inception. With the rapid economic growth and technological advancement in China, the new generation of Buddhists is using all sorts of modern digital media to communicate mantras. As the pressure piles up for those who work at hottest start-ups and technology companies, many people feel burned-out and spiritually adrift and start to look for a change by turning to places like Longquan Monastery, which is conveniently located near Beijing. 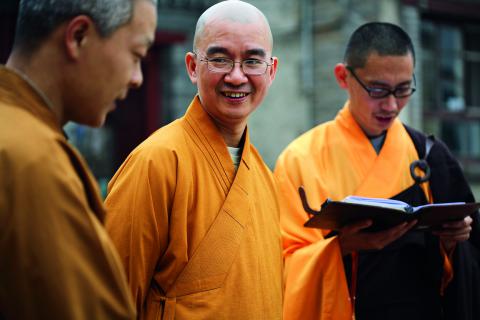 Besides convenient location, what distinguishes Longquan Monastery from the other traditional monastery is highly educated monks and Longquan’s embracing of modern technology. Many of the monks came from backgrounds such as nuclear physicists, math prodigies and computer programmers.

In order to increase the follower base, Longquan has adopted a very modern technological approach. They pioneered a popular series of cartoons based on Buddhist ideas. The cartoons were first developed in print media. The temple later assembled a team of engineers from monks and volunteers to create the flash version of the cartoons, which can be accessed through their websites. Both the books and the flash cartoons were very well received. The Longquan website is very actively managed and is available in five languages including Chinese, English, Japanese, Korean and Russian. The leader of the monastery, Master Xuecheng maintained his blog in Chinese, English, French and ten other languages discussing Dharma targeting at younger, tech savvy followers. 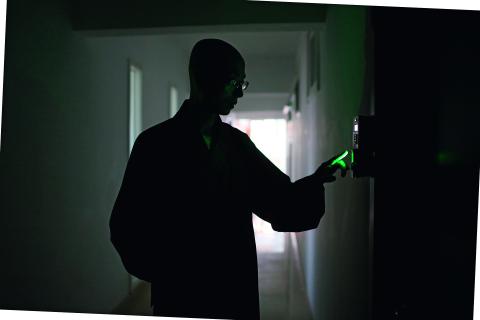 Many of the daily operations at the temple are digitalized as well. One of the monks, Master Xianxing is a master of Linux and Mongodb, and manages all temple affairs using software that he develops. The temple maintains a database system that digitized all of its scriptures and books. When meditating, the monks are said to use electronic tablets instead of regular prayer books. One might be surprised to find out that the access control system of the temple has adopted the fingerprint recognition system.

Longquan Monastery went even further into natural language processing and is in a process of developing the Buddhist version of Siri, hoping to further broadcast Dharma to followers around the globe. They just finished with their first version of Chatbot, Xian’er, who can engage in small talks with a tinge of spirituality. 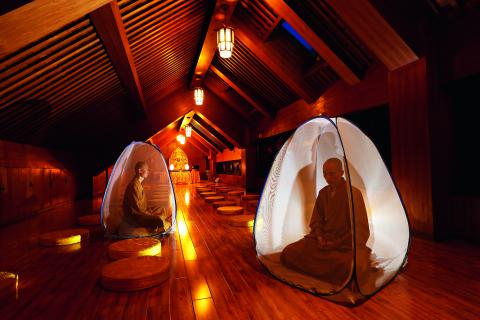 With the digital transformation and close proximity to Beijing’s top university and main science and technology hubs, Longquan Monastery has attracted many young people who are searching for deeper meaning in life and relaxation.

Despite the innovative way of operation at Longquan Monastery, people worry that this technological approach might actually muddle the teaching of Buddhism. Others hold the view that these technological innovations may only serve as an advertising purpose for the temple in order to build a large following since the major income of temples in China is from donations. Since the temple attracted many technological minds, there are also people who visited the temple, not so much for the learning of Buddhism but rather for the network within the entrepreneur community. However, Master Xuecheng believes in a computer-driven world, it is no longer realistic for people to attend daily lectures at the temple, which makes digitalization the key of communicating Dharma. 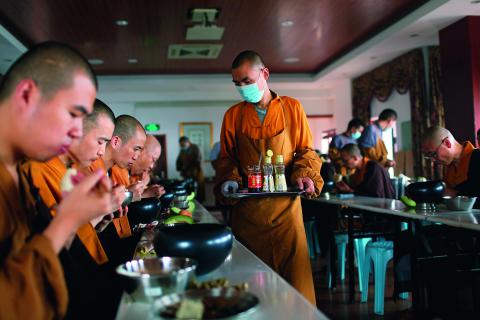 Even though these are concerns about the digitalization, we can see the approach that Longquan Monastery adopted help attract more people to learn about the preaching of Buddhism. There are potentially challenges ahead regarding how much technology is too much in a religious setting, but this is definitely a good start from the temple’s perspective to reach a broader audience.

Wearable Technology Moves From The Wrist To Smarter High Fashion

The Shazam of Fashion

Student comments on Blending of Science and Buddhism at Chinese Temple