Over the past two decades’ modern retailers enjoyed the high growth period while traditional mom and pup’s shops suffer. In Thailand, giant modern retailers were capturing an increasing share of the market. Big C Supercenter, one of the leading modern retail hypermarkets in Indochina, was part of this success. The company grew up to be $3.5 billion in sales by 2014. However, for the first time, in 2015, the company faced with a decline in sales of 1.2%[1] . While this number is not big but it was a sign of trouble. What could cause such giant to slow down with more than 50% of the traditional market to penetrate in the country?

The rise of e-commerce trend dated back to 1994 with Amazon.com inception. However, for South East Asia it was not until 2012 that this concept emerges. Lazada is an e-commerce company with a business model similar to Amazon. Like many e-commerce companies, Lazada uses aggressive market entry strategy to grow. Lazada strategy was simple “burning cash to boost sales.” In 2015, while Big C’s revenue shrunk by 1.2% Lazada’s revenue increased 78.2%[2] . 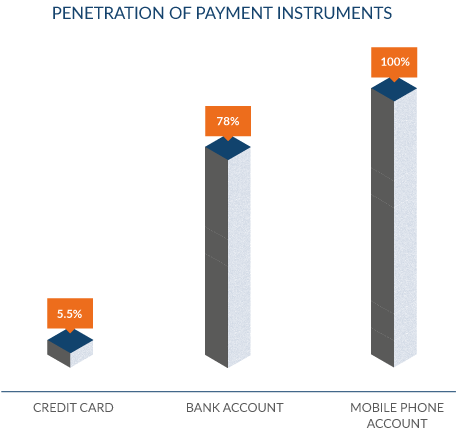 What caught Big C by surprise was not the trend, rather, the speed. Being a new retailer, Big C had reacted to the rise in e-commerce and 2013, launched two websites; Big C Shopping Online and Cdiscount. Big C Shopping Online act as an extension of the retail store and sell goods available at Big C physical store online[3] . Cdiscount, on the other hand, has a similar business model as Lazada and therefore compete directly with them.

Despite the effort, the result was obvious. Big C with its e-commerce effort failed both to be profitable and able to drive sales. Big C though the adoption of e-commerce will be slow in Thailand due to lack of payment gateway infrastructure. E-commerce rely on credit cards or services like Paypal to help address this issue, however, credit card penetration in Thailand is only 5.5%[4] .

Alternative services such as PayPal also failed to gain popularity in the country. Having invested so much in the physical stores modern retail player such as Big C chose not to address this hurdle. Lazada, on the other hand, implemented something revolutionary to the market. To address this issue, the South East Asia Internet giant starts Cash On Delivery concept that goes hand in hand with its logistics service. This allows the customer to pay for the goods as they receive it.

By 2015, Big C’s e-commerce websites accounted for only 4.6%[5]  of the total market share, while top three players control over 80% of the market. In late 2015 that Big C realizes that there is the need to react. The Thai retailer implemented Cash On Deliver concept for Cdiscount to combat with Lazada. Unfortunately, it was far too late for Big C. Within three years Lazada gained buy-in for the majority of the consumer and more importantly developed a scale in the online market. The company captured over 46% of the total online market share.

So does this mean that Lazada has won and dominated the market? 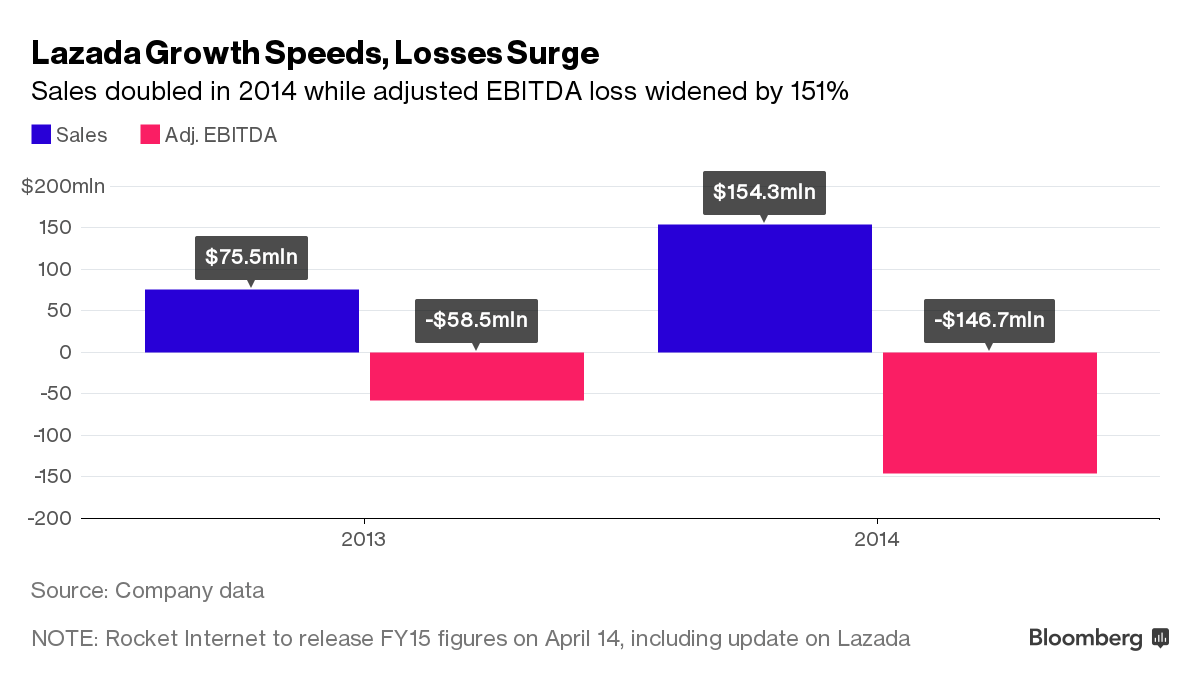 The answer is NO. Even at the significant scale, it is hard to operate profitably. In 2015, Lazada possessed a loss of $334 million[6] , more than doubled the loss in 2014. It is not easy to be price competitive with the retailer while having to pay for expensive services such as Cash On Delivery and Logistics. The company was taken over by Alibaba group in April 2016 for $1 billion[7] .

For Big C, this was an appalling news. Alibaba group has a lot of funding and therefore ability to remain competitive in pricing and operation for years. Soon after Alibaba took over, Big C decided to revise its strategy. To combat with Alibaba’s Lazada, Big C chose to leverage their existing assets. For Lazada the competitive advantage is Cash On Delivery and Logistics services. For Big C their edge is its store network.

Big C has decided to introduce “Click and Mortar” model. Instead of handing Cash On Delivery and Logistics services, the retailer invites customers to pick up the goods at their stores. Given the company extensive store network of over 700 stores in Thailand[8] , it can leverage its existing logistic network to handle online orders. Furthermore, pick up at store concept provides a perfect cross-selling opportunity for Big C as customer tends to shop at the store as they visit to collect goods.

No one knows whether the new strategy of Big C would work. The key issue remains co
nvenient for the consumer. Personally, I believe this is a good defensive move for the short-term. However, Big C along with other retailers, need to find a way to fight e-commerce before they go out of business.

Where Has the ‘Magic’ Gone? Disney’s Response to Digitization