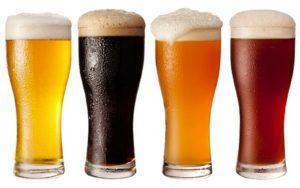 Imagine that it is the 4th of July holiday and you are celebrating at a barbeque with family and friends. You open a crisp bottle of Shock Top, your favorite Anheuser-Busch beer, and you search for a sliced orange to add an extra special touch to your beverage. Once you taste the Shock Top, you notice that it tastes much different than usual. In fact, the orange, lime and coriander aromas and flavors were replaced with a strikingly harsh and bitter taste. How could this be? One answer: Global Warming.

Climate change’s impact on water sources has had a detrimental effect on the production of one of the key ingredients in beer: hops. Hops are the flower buds of the hop plant which are added to beer to provide flavoring and aromas to the finished product. Within the United States, 73% of the nation’s hops are produced in the state of Washington, primarily in the Yakima Valley. In the Yakima water basin, rising global temperatures are expected to increase the frequency of water shortages. Historically, 14% of years between the period of 1940-2005 were impacted by droughts. By 2080, 43-68% of years are expected to be impacted by droughts (2).

According to the National Oceanic and Atmospheric Administration map shown above, the state of Washington recorded its warmest temperature of 121 degrees Fahrenheit during the period of February 2015 – January 2016 (3). As a result, year-end 2015 hop yields in Washington were down -4.5% y-o-y and hop yields were down -3.3% in the total Pacific Northwest (4). 2016 however is forecasted to be a 7 year high for hops yields, largely driven by abundant rains and favorable temperatures in key growing areas (5). As shown in the chart below, The International Hop Growers Convention forecasts global hops production to increase to 105,442 tonnes by 2016, from a low of 87,000 tonnes in 2015. 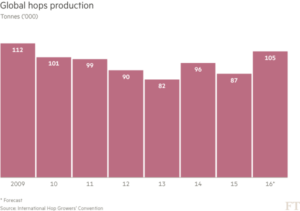 As expected, fluctuations in the supply of hops impacts the demand of hops and ultimately the price. Since the last USDA National Hop report in 2012, contract hop prices have doubled and in some cases even tripled. Therefore, it is no surprise that companies such as Anheuser-Busch, one of the world’s largest brewing companies, are motivated to employ environmental standards that help mitigate the severe effects of climate change on the environment and the beer industry as a whole (6). 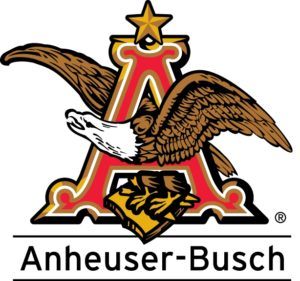 What has Anheuser-Busch done to mitigate the effects of climate control?

Anheuser-Busch has 7 environmental goals that it aims to achieve by 2017 (two of which have already been met in 2014). These goals are largely linked to a reduction in water risks and improved water management in key barley growing regions, reduction in energy usage, and a reduction in packaging materials and greenhouse gas emissions (7).

Anheuser-Busch has launched a number of initiatives including the Shock The Drought campaign which raised funds to identify and fund breakthrough water-saving innovations that can be deployed in the near-term. Furthermore, a growing number of the company’s brewers donate run-off water to local communities where otherwise fresh water would be used. The Company has also launched several green logistics initiatives to reduce energy usage and emissions in the supply and logistics process, including the use of river barges to transport bottles instead of trucks and the use of biodiesel trucks versus traditional fuel (7).

What more can be done?

While Anheuser-Busch has taken necessary strides to mitigate the effects of climate change, my view is that much more can be done. For example, the company can focus on the following 3 specific initiatives:

These initiatives will certainly require significant capital investments to be completed; however, my view is that return on investment is high and these capital expenditures are necessary to help alleviate the severe issues caused by climate change. (776 words)

Can Volvo Out-Innovate the Competition Again?

Student comments on Anheuser-Busch Says No to Bad Beer: The Impact of Climate Change on the Beer Industry