AI on the Frontline: The Future of Warfare

Since its inception, the US military has been engaged in an arms race driven by advancing technology – the catalyst for the ever-evolving frontierof war. As the rate of military automation adoption accelerates, increased scrutiny of data and its collection will force US soldiers and policy makers alike, to embrace the trend of machine learning. With the frontline being transformed by small decentralized enemy threats, status quo conventional warfare models are quickly creating knowledge gaps that demand innovation. Notwithstanding, the era of big data will force the US military to question how to adopt and implement machine learning using drones and predictive intelligence analysis to maintain its technological superiority.

In an underground bunker in Kabul, Afghanistan, live drone footage is projected on wall-to-wall screens. Near the front of the room, drone strike authorities are deferred to a Two-Star General who approves the launch based on intelligence reports from multiple sources. The process to identify combatants proves to be accurate, yet time consuming. In an effort to explore how to utilize machine learning to decrease strike throughput time for the short term, the Department of Defense (DoD) has launched an initiative titled “Project Maven”. Project Maven uses deep learning from hours of previous drone footage and algorithms to identify cars, buildings, and other objects that simplify tracking enemy threats.[1] With the end state to decrease collateral damage, the intent is not to eliminate human analysts from the decision process, but rather reduce the variability of the time taken to make those decisions.

As drone usage has increased within combat environments, machine learning has also been implemented to compliment decades-old intelligence 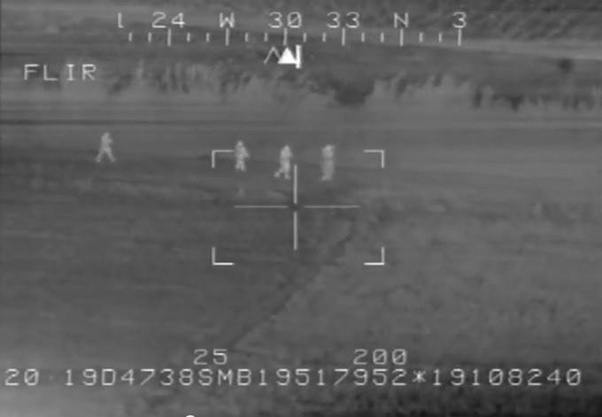 practices on the dynamic battlefield. In June of 2017, the Pentagon led an initiative that focused on using algorithms and the analysis of big data to strengthen military simulation practices to better predict global threats. Known as the Task Force on Gaming, Exercising, Modeling, and Simulation (GEMS), this new enterprise looks to use an empirical approach to help soldiers focus on relevant mission tasks rather than other variables like rank or historical and cultural biases when making decisions. From analyzing data like insurgent movement patterns to learning to negotiate with a villager elder of a certain province, machine learning can lead to a better understanding of how to interpret the different cultural factions and language idiosyncrasies found in diverse anthropologic regions. [2] The implication of the advancement of GEMS, lies in its potential to change the foundational practices of the intelligence community for decades to come.

Trouble on the Horizon

Although the demand for machine learning is ubiquitous throughout the defense community, the ethical and political opinions of the contributions from private corporations remain divided. In June 2018, Google elected to pull out of its DoD contract with Project Maven following public and internal backlash due to the initiative’s military purpose. [3] Continuity errors between contracted companies and opinions on the ethical use of technology, need to be addressed in the short term to build a coherent front towards further innovation. In the case of Google, even future lucrative defense contracts could not assuage conflicted employees to continue its support. As the DoD moves forward, it needs to address its retention of contracted entities – higher cash premiums may no longer be enough when battling the popular opinions of activist watch dogs.

With intelligence predicting algorithms advancing over the next decade, the fine balance between human reasoning and machine-driven decisions will also weigh heavily on troops in combat environments. As adversarial example (models intentionally designed to force AI mistakes) experiments have shown, machine learning systems can be prone to false alarms, forcing analysts to make decisions on what should be considered actionable intelligence.[4] The advancement of machines explaining their reasoning for these high-stake decisions will be crucial in implementing human authorities. “Explainability” will serve as the next objective in convincing the wide spread adoption of machine learning over the medium term.[5]

The Evolution of War

The advancement of machine learning will continue to shape warfare, but several questions over its deployment remain. As incidents involving collateral damage may occur, how will DoD policy and US legislation react to define the authorities of armed AI? Similarly, what is an acceptable confidence interval to physically endanger the lives of troops based on a strategy chosen by machine learning?

Warfare has historically served as a catalyst for innovation and has produced technology spanning from microwaves to GPS devices. The advancement of machine learning for defense measures is inevitable – the military’s ability to nurture the R&D process however, is critical in determining that rate of evolution.

Venture Capital: Rumors of my death have been greatly exaggerated

Student comments on AI on the Frontline: The Future of Warfare