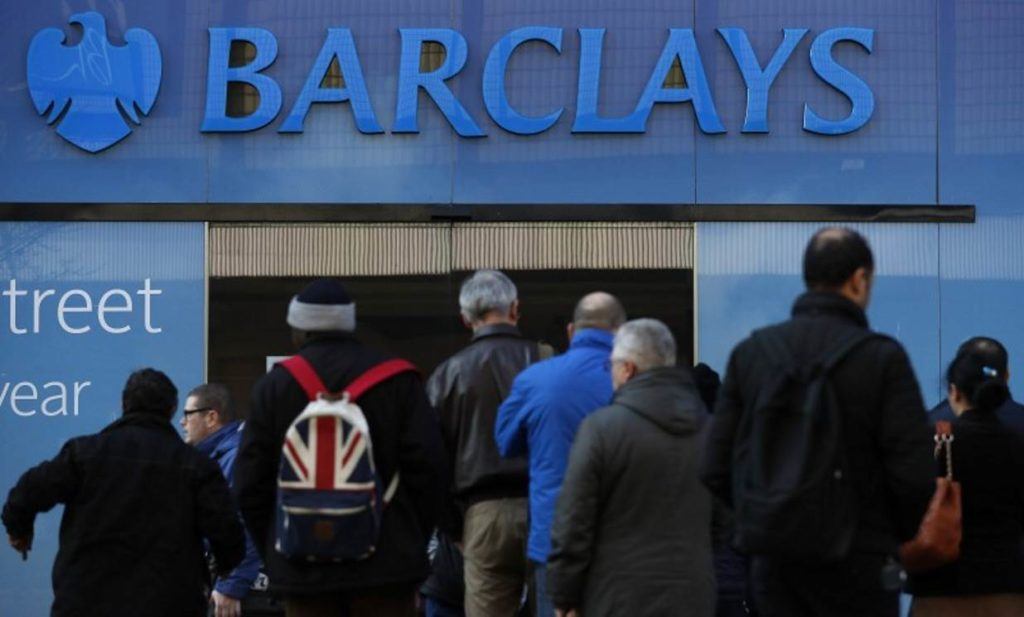 Barclays and its predecessors have proudly claimed London as their birthplace and hometown for over 300 years[1]. But unless it acts quickly to leave the UK, London may also become Barclays’ undoing. The risk, of course, is Brexit: banks like Barclays are critically dependent on the free flow of capital and people between their London headquarters and European clients – free flow which Brexit is threatening[2].

The latest on Brexit

First, some context. In March, British PM Theresa May invoked Article 50 of the Lisbon Treaty, setting off a two-year negotiation between the UK and EU[3]. At the end of this period, in March 2019, the UK will formally exit the EU under whatever terms have been thus far agreed. There are essentially two possible outcomes; the first is a ‘soft Brexit’. In this scenario, the UK and EU reach a conciliatory agreement that recognizes the special status of the UK and establishes a graceful transition period. Free flows of capital, people, goods, and services are preserved[4], meaning little change for Barclays. Although this outcome is favored by the traditionally strong London finance lobby, it has thus far been ineffective at swaying UK leaders from their populist stance[5]. Consequently, most observers remain pessimistic, and negotiations for a soft Brexit have already stagnated[6].

In the second scenario – a ‘hard Brexit’ – the UK loses access to the European single market (meaning no free flows of capital and people), and immediately becomes a ‘third country’ — no different than, say, Canada[7]. Unfortunately, this seems the likely outcome. For one, May has promised voters that she will not accept a deal that allows for continued open borders and immigration, while the EU has firmly stated it will not allow for free flow of capital without equivalent free flow of people[8], [9]. With immigration being arguably the central issue that drove Brexit[10], it is hard to see concessions coming from the UK side. Meanwhile, the EU has little incentive to cooperate: first, it (rightly) views Brexit as an unprovoked aggression by the UK[11]; and second, cities like Frankfurt and Paris are already benefiting from partial relocations by firms like Goldman Sachs in response to Brexit[12], [13].

What happens to Barclays under a ‘hard Brexit’?

Truthfully, we don’t know for sure. However, the European Banking Authority (EBA) issued a 69-page framework for Brexit last month which should scare Barclays. The EBA is proposing to treat the UK like a true ‘third country’, meaning UK-based firms will suffer stringent limitations and costly regulations as foreign entities[14], [15]. For example, Barclays would have to effectively double its regulatory staff to ensure ongoing compliance with both UK and EU laws[16].

What is Barclays doing in response?

To its credit, Barclays has grasped that avoiding the massive costs of operating as a foreign firm means creating a second headquarters within EU territory. As such, the bank has begun moving some senior executives to its existing subsidiary in Ireland[17]. In the medium-term, the bank plans to reincorporate its European subsidiaries under this Irish entity, and upgrade the Irish entity’s EU banking license to fully serve European clients. Nonetheless, citing uncertainty about the outcome of Brexit negotiations, Barclays has not developed a real contingency plan, and its CEO has actually downplayed the severity of Brexit to investors[18].

This approach is dangerous. The aforementioned EBA report is sweeping, and contains detailed guidelines that specifically anticipate Barclays’ current maneuvers. Two provisions are particularly problematic: first, the report advises that banks should maintain certain (potentially material) capital reserves within the EU; second, the report notes that firms should not be able to create perfunctory legal fronts in the EU while still effectively running their European operations from the UK[19]. Read: it is not nearly enough for Barclays to file some paperwork and move a few executives to Ireland; to comply with likely post-Brexit regulations, it needs to move the bulk of its business and capital into the EU — immediately.

There is no question such a large move would be disruptive and costly, but the alternative is continued uncertainty over Brexit. Confusion has already weighed on both the UK economy, whose GDP growth has slowed to 0.4% and is likely to worsen[20], [21], and Barclays, whose stock is down 21% since late March[22]. A decisive plan that acknowledges a worst-case ‘hard Brexit’ may actually help restore investors’ confidence.

Finally, a move of this magnitude requires time. With only 16 months until the negotiation period closes, Barclays must decide between the possibility of a long, slow demise amid the unfolding Brexit saga, or a vigorous new chapter that responds to a changing world order.

[2] Schoenmaker, Dirk, The UK Financial Sector and EU Integration after Brexit: The Issue of Passporting (October 8, 2016). Forthcoming Chapter in ‘The Economics of the UK-EU Relationship: From the Treaty of Rome to the Brexit Vote’, edited by N. Campos and F. Coricelli, Palgrave McMillan, London. Available at SSRN: https://ssrn.com/abstract=2844253

[5] James, Scott, and Lucia Quaglia. Brexit and the Limits of Financial Power in the UK. University of Oxford: The Global Economic Governance Programme, 2017,  www.bsg.ox.ac.uk/research/working-paper-series/brexit-and-limits-financial-power-uk.

[9] Rankin, Jennifer. “Free Movement: a Circle That Cannot Be Squared in the Brexit Debate.” The Guardian, Guardian News and Media, 13 Sept. 2017, www.theguardian.com/politics/2017/sep/13/free-movement-circle-that-cannot-be-squared-brexit-debate.

AI and Predictive Analytics: The Internet of Things at Work in the Trucking Industry

Student comments on After Brexit, Barclays Should Exit