As the job market becomes extremely competitive and companies across all industries are fighting for talent, recruiting and attrition have become very expensive propositions. This has prompted many companies to analyze a vast array of data points to understand employee behavior and specifically address one use case – identify which employee is likely to quit.

Credit Suisse, one of the largest financial services company in the world, has actively implemented such analytics and been successfully in identifying employees on a flight risk. Their objective is to give early warnings to managers so that they can take necessary action before their employees decide to exit. This basic insight has evolved into formal employee programs at Credit Suisse and influenced restructuring, offering valuable lessons in the use of People Analytics.

Put simply, Credit Suisse’s data analytics team evaluates about 10-11 characteristics about individuals and calculates their probability of leaving the company within the next year. The team has studied how factors such as raises, promotions, life events, manager performance, team size impact attrition. This has a huge impact on their bottom line – a one-point reduction in unwanted attrition rate saves the bank $75 million to $100 million a year.

Credit Suisse’s approach is interesting for the way they have executed on the data – deriving valuable insights and making it actionable. Three key ideas on how their use of employee data has helped the organization are analyzed below:

While Credit Suisse has made commendable and thoughtful progress in the field, a few risks remain with the approach. The biggest concern I see is that as managers are made aware of people considered ‘at flight-risk’, how does that change their perception of the concerned employee. This communication meant to retain employees could easily be used to replace them and build a bias in the eyes of the manager. Also, middle management needs to be carefully trained to not reveal this sensitive information to other parts of the organization that the employee might be looking to move internally to. 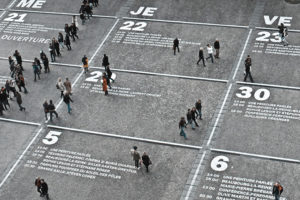 Promoting internal movement also raises the question of how invested managers will be in their team’s success; they may not expect their team to be around for long. As promotion and compensation information gets more and more significance in the model, there lies a risk of employees threatening to leave if compensation is not adjusted, which will not reflect the true value of their services. This is a prevalent issue in industries (such as Tech) struggling for talent, which results in bloated salaries.

It remains to be seen how Credit Suisse works around these risks and builds on the success that it has already seen with People Analytics.