There are 8 teaching hospitals located in the Netherlands, from which 2 of them situated in the city of Amsterdam. One is associated with the Free University (Free University Medical Center, VUmc) and the other one with the University of Amsterdam (The Academic Medical Center, AMC). The VUmc and AMC are located 4 miles from each other. Both hospitals employe about 7000 fte and are organised according to a more or less decentralized, divisional structure.

Since 2013, these two hospitals are engaged in an administrative merging proces, the main aim being circumscribed, complementary patient profiles for both hospitals, leading to -to everybody’s conviction- improvement of ‘academic output’. It is expected to take only some months from now, that the National Trade Commission will come to a verdict on the request of both hospitals to merge administratively. It was decided though, that a negative outcome will not effect the intended merging of some non-clinical departments, more specifically the diagnostic and research laboratories. Therefore, the preparation of this merge by both boards of the laboratory divisions, has already made substantial progress.

During this preparation, it has become clear that it is feasible to locate two laboratory disciplines at just one of the hospital sites, thus resulting in an actual concentration. For the other two departments, it is obvious that a location at two sites will have to be remained.

Both laboratory divisions are comparable with regard to the number of employees (about 800 fte) and also the size of each corresponding department does not differ much; the departments of Clinical Chemistry, Medical Microbiology, Pathology and Clinical Genetics all employe between 100 and 150 fte personnel. Thanks to a proactive HR-policy and some luck with the circumstances, all departments have already -or soon will have- one head of department. This means that within a short time notice, 8 laboratory departments of 2 hospitals will be led by 4 heads of department.

The issue where both laboratory boards are struggling with, is the way that these heads of department want to deal with their expanded span of control, since in all cases that will be doubled. From two of them, an offical request has been received to assign a deputy head for each site. 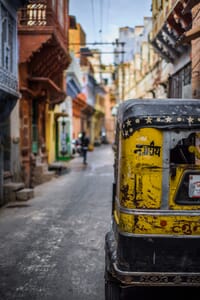 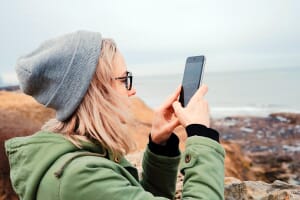 Both boards of the laboratory divisions are hesitating. Although the problem of the span of control is obvious, there is anxiousness that a well-intended and highly valued participative style of management will be lost eventually, due to more remote managementcontrol. Also, both boards are reserved to see responsibilities of a head of department being delegated to a deputy, who’s selection has not been subject to discussion with the division board. Besides that, there is conviction that formally installing deputies, is not adding a lot to the possibility that certain tasks of a head of department can be delegated to other members of staff anyway.

So the key question is; is there any other answer thinkable to challenge the problem of a doubled span of control, other than creating a new managementlayer.