I was asked to advice and help out in an interesting, but complex situation. There’s 2 fairly large hospitals in my region trying to merge but this is not an easy process. Differences in culture and payments make it tough for many physicians to see the big picture. Clearly, their future is far more interesting and successful if they merge, but many only look at their own (small) field. The hospital management need a quick win to show everybody that merging is possible and potentially opens possibilities that will be unreachable if they stay separate. They have asked my advice in how to have the vascular specialists work as a team. This group consists of vascular surgeons and interventional radiologists from both hospitals who seem to get along quite well but no real progress has been made over the last year in bringing the groups further together. When talking to them in separate groups, it’s quite obvious they are either very unhappy with the way clinical work is divided between them momentarily (surgeons vs Radiologists) or they are afraid to loose a significant part of their work to others (Radiologists vs surgeons). Although it’s obvious to me that they basically have very little common ground and trust to proceed to a merging process, hospital management only sees their superficial politeness and they don’t seem to notice the “fake”  intensions from both specialities. (= saying yes, doing no). Due to the slow progress and lack of trust, they already lost the acute stroke care to a competing hospital and they are not on track to have their problems saught out before the “go-no go” deadline of the hospital merge. In the current situation it’s never going to be a successful partnership, management misses the necessary quick win, and the great future potential is lost for this group. Actually, the potential of a merge is so promising to me, that I’d consider working there if they do merge.

So, I’d appreciate advice on how to deal with the current situation with little trust between the different groups, and with varying motivation to really go for this major opportunity. Furthermore, hospital management does not (want to) see what’s really keeping them from intensive cooperation.

Just to explain my own position: I’m a so called “authority” in the same field working in the largest academic unit. Momentarily, there is no formal cooperation between my hospital and both the other hospitals but they would highly appreciate that. 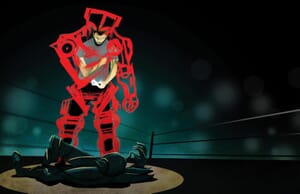 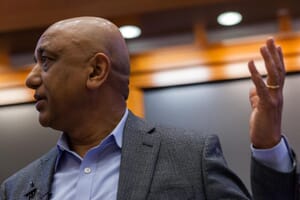 The new rules of strategy

Changing reimbursements and reducing physicians clinical revenue, can redefine the medical practice in an academic center?

Participant comments on Opening up to enjoy the big picture