Challenge: Is there an optimal structure for leadership of a large department to better manage the normal competition between the clinical and academic missions? How to Survive in a “Highly Matrixed” Organization ?

There is some natural conflict in any department between the clinical operations which generates most of the revenue versus the academic mission which generates most of the research, reputation, prestige and national rankings for a health system. In addition, for a single hospital health system, a single person can frequently be successful at navigating both roles, but as our system has become larger (now 23 hospitals) none of the leaders believe that a single person can fulfill both roles of clinical and operations leader plus academic leader. So a divided leadership structure for large departments has been created that has frequently failed: very expensive leaders are recruited and then quit due to organizational structural non-alignment of priorities and conflict. The current organizational structure for a large department like emergency medicine has two major leaders: a “service line senior vice president” and an “academic chair/tertiary hospital chair”. The service line SVP reports directly to the COO, and is responsible for the financial success of all 23 emergency departments that serve 850,000 visits per year, develops uniform service line salaries, develops and negotiates the service line yearly budget with the COO and CFO, and has an full administrative suite that includes HR, recruiting, billing, budget and finance, quality and IT because these are all system wide functions.  By contrast the academic chair reports directly to the Dean of the Medical School for all academic matters of education and research, and also is the on-site Chairman of the two most academic tertiary hospitals that see a combined census of 200,000 visits per year.

The problem with this organizational structure is that the Service Line SVP has no direct incentive to support academics, in fact just the opposite since his incentives are purely RVU based, and since his focus is on operations and clinical revenue any budgetary stress will result in reduced support for academics.  The academic chair has some independent funding for academics in the form of protected time for faculty to maintain some academic activities like education and research, receives some academic support from grants, donors, but has vey limited discretionary funds, and can not recruit new academic faculty or develop a new academic program without putting together funding from some other part of the organization like the medical school or the hospital and these funds are typically difficulty to obtain.  While the two positions are described to be synergistic and of equal status, the real world experience is that the academic chair is subordinate to the service line SVP because the service line controls the budget, including the yearly budget of the two large academic tertiary hospitals lead by the academic chair.

This structure has utterly failed in every large department where it has been attempted resulting in the resignation of one of the two leaders due to the structural issues inherent in the organization.

The organization is willing to consider other structures for large departmental leadership but they believe that the clinical and operational issues of running 23 emergency departments demands an experienced full time person, and they believe that growing the health systems academic mission that includes education and research likewise demands a full time person with a different skill set. 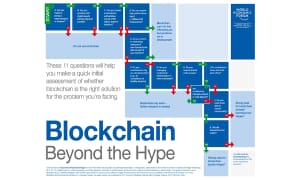 Moving from hype to social impact with blockchain 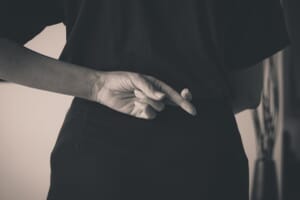 Is there a better structure for a unified department that serves 23 hospitals, that can support both the clinical and academic mission?

How to define a growth strategy when all drivers are fixed ?