Hospital Metropolitano is the most important private Health Insititution in the country,  a Tertiary Care Hospital qualified to address high complexity and It is the only local institution accredited by the Joint Commission International (JCI), which ensures compliance with the best practices of quality and patient safety.

The Hospital offers 147 hospital beds and it’s the institution of choice for many of the best doctors of the city and country. The medical staff is independent, they are not employees of the Hospital, and they ask to be qualified to be active or associate staff, with different levels of privileges and obligations.

The institution is part of a corporate group that includes a health insurer which, acting in accordance with the rules of competition, is one of the main volume generators. The Hospital also generates its volume from other insurers, patients who decide on their own and the derivation of physicians.

In the best years the Hospital reached occupancy levels from 75% to 85%. In 2017 the occupancy of the Hospital was 65%, however it was the year with the highest net profit of the last 7 year, mainly due to cost efficiency. Therefore, one of the short-term goals is to generate previous years´ occupancy levels.

Due to its specialized and differentiated infrastructure, cost structure and market power, the Hospital has opted for a high prices differentiation strategy, becoming a reference for its competitors. So, it is not the cheapest, but the best quality option. 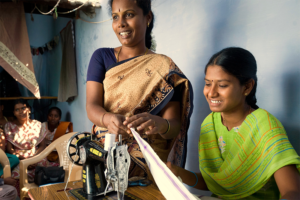 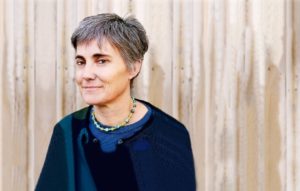 In previous years, the market has expected the Hospital to communicate a rise on its prices (e.g.: + 5%, + 10%) and according to that, competitors has acted. On the other hand, due to the economy in the last five years, the Hospital hasn’t risen its prices since 2014. Therefore, the gap in prices with the average competitor is 25%. Despite this, volume has shown no sensitivity to the freezing of prices, so the Hospital has decreased its occupancy levels in the last four years.

In that period, the Hospital has been able to generate net margins between 1% and 4% (latter in its best year 2017). So, knowing that the impacts of pricing decisions are important, a general prices discount may affect significantly its capacity to achieve financial sustainability.

The main problem is that in recent years one of the reasons for the volume decreasing is the lack of patients referred by the doctor, since their patients are looking for cheaper hospitals trading off lower prices for quality. There are also some cases of conflict between the physicians and the institution, so they prefer to take their patient to the competition. This has led the Hospital with a low-level occupancy and a low complexity cases that, are not of great interest for the institution.

I am looking for a way to encourage the doctor to choose and promote quality above any other incentive that they may be receiving from any other hospital whether it is as cashback or other monetary or non-monetary benefit.

Please consider that the Hospital would rather not compromise its policy of not encouraging anyone economically as in cashback or rebate mechanisms, however, it may only be acceptable if the benefits far outweigh the financial and ethical costs.

Bringing dysfunctional or underperforming personnel up to the level of peers

Participant comments on How to encourage Physicians and patients to choose quality and safety.