Where should the leadership of our large non-profit healthcare system target to reinvest the available funds for next year: should we grow “Bigger” or grow “Better”?  Our 13 billion/yr healthcare system reports an annual positive margin of just under 2%, which means on any given year the system can invest approximately 200M into growth. We currently operate 23 hospitals, 24 emergency departments, 30 urgent care facilities, have over 450 out-patient physician offices/suites, 65,000 employees, and we provide the healthcare to 30% of the residents of the state. For comparison the second largest competitor in the region has 17% market share to our 30%.  However, while large in size we grew as a federation of community hospitals without a strong academic teaching tertiary hospital of national ranking. Thus we are not seen as the most excellent health care provider particularly in our tertiary hospitals, where three other healthcare systems have a flagship tertiary academic and research hospital that is ranked higher than our hospitals. Because our system grew as a federation of community hospitals the research enterprise is small compared to other academic systems. Ten years ago the lack of an academic and research component was recognized as a major limitation and the system invested and started a new medical school, now with 100 students per year, and it is growing in reputation but still quite young and is ranked about 60thin the nation, but it not in the top tier of medical schools nationally. An outstanding but very small basic science research institute has been developed with principal investigators that have a very high percentage of external funding but who are very small in number, only 115 million dollars per year in total cost (i.e. less than 1% of the total revenues).

The faculty and leaders are divided on how to best invest the 200 million dollars for the coming year. Some feel the best investment is to continue to grow the size of the organization by acquiring or investing in additional physician practices or hospitals or other health care related services. Advantages of this approach include gaining economic advantage due to buying power, consolidation/centralization of back office functions, and developing costly regional specialty units at a single specific hospital for advanced tertiary care in heart, neuro, cancer, psych, and OB services. In addition the sheer size of the system crowds out many competitors.  This approach has been presented in the local press as, “if we take care of all the patients in the state, I do not care what the competition does”. 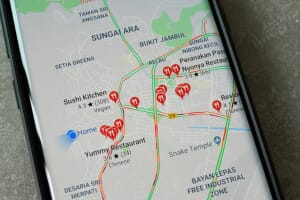 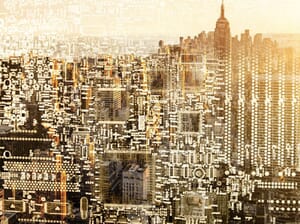 There is another group of leaders who feel that the limited funds are better spent on becoming better, more excellent, more patient centric, offering a better patient experience, and investing in programs of excellence and programs of research that can become nationally ranked and will compete with the higher ranked tertiary medical centers in the region.  The leaders who favor becoming better, point out that our hospitals are mostly 3 and 4 star rated community hospitals, without a single 5 star rated tertiary hospital, and that there is only a vey small advantage to become 24 hospitals (rather than our current 23).

Where is the better investment for the system?

Continuos train of change, when it stops !?!?

Data as Currency: AI. Development of a Data Science Institute in an Institution NOT connected to an academic university

Participant comments on Given Limited Resources Should a Growing Health Care System focus on becoming “bigger” or becoming “better”?