YouTube has come a long way since former PayPal employee and YouTube co-founder Jawed Karim uploaded the site’s very first video, Me at the zoo, back in 2005. While YouTube was known early on for its low quality, short-form user-generated content, the video platform was acquired by Google in 2006 and has evolved to feature longer-form and more premium content from partners like traditional studios and TV networks as well as to develop its own original content for its YouTube Red subscription service.

Today, YouTube is the world’s biggest video platform. YouTube reaches over 1 billion users a month, with 15-20% of those users having uploaded a video at some point in time. 300 hours of video are uploaded to YouTube every minute and 3.25 billion hours of video are watched per month. This viewership represents about 10% of overall video consumption, making YouTube’s reach broader than any broadcaster or cable network in the world. [i] 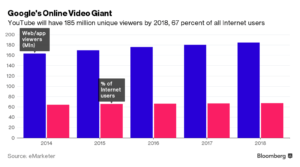 Nupur wrote a great post about the rise of YouTube as a successful two-sided platform and how it managed to democratize online video. I’ll touch briefly on how YouTube creates and captures value but wanted to focus this post on YouTube’s future strategy and how it will be able to compete with formidable tech companies with massive amounts of user data entering the online video space like Facebook and Amazon.

YouTube captures value in several different ways. Their original business model was to offer all content for free and monetize with advertising revenue. Most of the company’s resources are still devoted to the ad-supported side of the business. However, viewers only tolerate about 2-4 minutes of ads per hour on YouTube compared to 15 minutes of ads on linear TV. Currently there is no path forward to increase the ad load without impacting watch time, nor is there a path to raise CPMs significantly. In order to drive growth and improve monetization (in part to support more expensive programming), YouTube launched the YouTube Red subscription tier focusing on music and the devoted fans of top endemic creators. [ii] 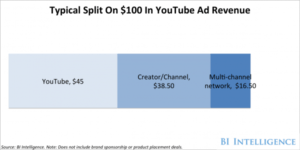 At its core, YouTube is a platform, not a product. Although YouTube poached development talent from traditional network TV and began developing its own proprietary content behind the YouTube Red pay wall, that original content is not driving revenue in a material way. Therefore, the only way it can win in the future is to continue to be the best platform. Being the “best platform” means several different things and I’ll talk below about some things YouTube is doing in each category.

YouTube recently announced its plans to enter the TV ecosystem in order to become the primary video destination for all users globally. YouTube Red will not likely improve monetization enough to allow the platform to support the most expensive programing, such as live major sports. To secure this content, YouTube plans to license broadcast and cable television channels and offer a television-like experience targeted at millennial users not entering the traditional cable ecosystem. These particular users value television programming, especially live sports, but they are unwilling to tolerate the dated user experience and high entry price points of traditional cable TV. YouTube believes that they are uniquely positioned to reach them via the breadth and depth of programming, in a compelling product experience, at an appropriate price point. [vii] 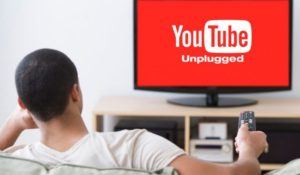 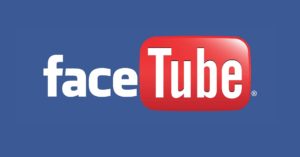 Facebook recently announced that it will be investing in short form content. The company will be paying video makers up front and through ad revenue sharing to get their content into its News Feed and video tab. Facebook videos have begun to drive YouTube videos off Facebook and the key threat seems to lie in the fact that Facebook videos posted by friends have built-in relevance while YouTube has not yet found a way to push videos to users in the same way. However, given YouTube’s investments in its own platform, dedication to new content, and eventual TV offering, I believe the company is positioned for success in the future and that it will continue to thrive.

Has a Winner-Take-All Strategy Failed Instacart?

Student comments on YouTube: How to Continue Digital Dominance?