In 1930s, Motorola, then called Galvin Manufacturing Corporation, offered the first in-car AM radio system, retailing for $130, at a time when a whole car could be bought for $450. The introduction marked the beginning of in-car infotainment systems. In the decades that followed, they became more commonplace and incorporated a wider array of functionalities.

Until quite recently, the infotainment systems offered in most cars are significantly behind their times in terms of functionality, performance and user experience, compared to their contemporary consumer electronic devices. The picture below shows the top-of-the-line infotainment system installed on the Subaru Forester in 2010, just months before Apple shipped its 100 millionth iPhone. [1] 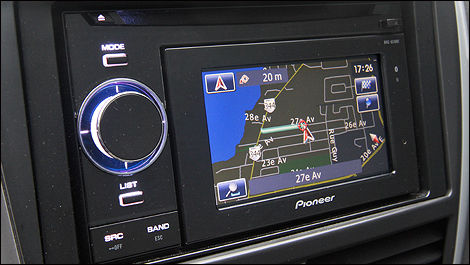 In a world where smart mobile devices are ubiquitous, car infotainment systems seem like a glaring omission screaming to be revolutionized. The obvious question is: why can’t we just build an “iPad” into a car’s dash? Unfortunately, no. The reason is twofold:

Light passenger vehicles typically have a product lifecycle of 7 years. Partly a result of the high requirements on safety and reliability, as well as the potential liability from product flaws, the product development and testing process often spans over 3-4 years. The design of the car’s components are “frozen” long before they hit the market. As a result, the infotainment system is at least a few years old even if they are state-of-the art when they were designed, which is often not the case. During the 7 years typical car models are sold on the market, and the 10+ years they are used by consumers [2], their infotainment system barely receive any updates.

Up until today, car manufacturers (OEMs) have ultimate control over what gets installed in a car. Upgraded infotainment systems historically commanded hefty prices and served as a significant profit driver for OEMs. For example, Toyota used to charge $3,000 for adding the GPS navigation feature in a $26,000 family sedan, a car already equipped with a CD/cassette player as standard. Controlling the infotainment system gives opportunities to sell additional high-margin features requiring integration with the infotainment system, such as back-up camera, heads-up display, LCD instrument clusters, etc.

Disruptions on the Horizon

As the creator and operator of the two largest mobile operating system and ecosystems (iOS and Android), Apple and Google have long coveted in-car infotainment market for years with limited success, for reasons mentioned above. Recognizing the challenges with installing Android / iOS infotainment systems in cars directly, the tech giants worked out their respective intermediary solutions – Android Auto (Google) and Car Play (Apple). They are essentially a screen projection feature integrated into OEM’s existing infotainment systems allowing users to project key apps running on their phones (map, music, phone, contacts, etc.) to the in-car display with certain visual enhancements for driving.

OEMs agreed to integrate these features because 1) they do not replace the existing infotainment systems (e.g. many Car Play equipped cars still have built-in navigations systems although users rarely use them); 2) OEMs need to offer such feature as a competitive hedge as more OEMs are offering it in their cars.

While the screen mirroring delivers many benefits of modern mobile devices, it is not without limitations:

Many OEMs are working on updating their native infotainment systems and cautiously incorporating popular internet applications. For example, Audi uses Google maps in its latest MMI infotainment system and Mercedes-Benz incorporated Pandora in its COMMAD system. However, such systems are often limited in functionality and difficult to use. For example, Audi’s MMI only uses Google’s map in an navigation system that Audi designed itself. Entering and searching for destinations could still take minutes.

The ultimate solution is the obvious but difficult one: fully-integrated, purpose-built Android / iOS based infotainment systems developed by or at least jointly with car OEMs. Progress, although slow, has been made in this direction.

Volvo / Geely partnered with Google to develop a native infotainment system for its all-electric sub-brand, Polestar, which just released its first model,. the Polestar 2, last week. 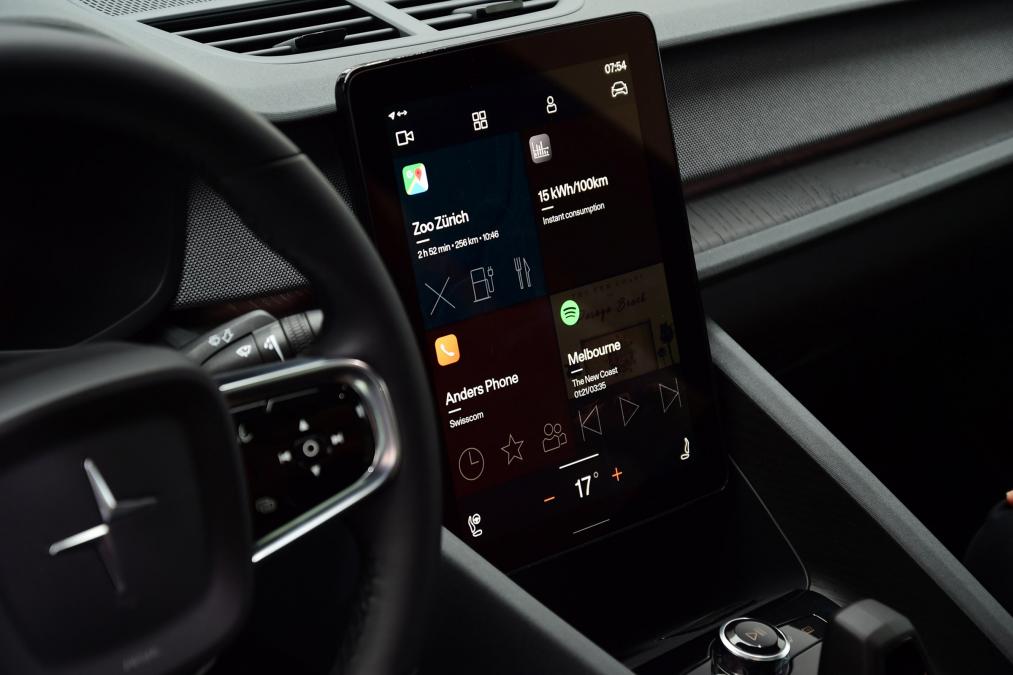 In China, the internet giants are also making a foray into infotainment systems. In partnership with SAIC, Alibaba Group developed a smart infotainment system based on its proprietary YunOS mobile operating system. Over 700,000 cars equipped with this system have been shipped to date.

Similar to the smart phone industries, the biggest winners are the platform operators such as Google and Apple. The next group of beneficiaries are the creators of key applications, such as Twitter and Yelp. In the case of cars, the overall trajectory is likely to be similar with several key differences:

As we have seen with smart phones, the obvious losers are the hardware manufacturers. It may seem that Ford faces less risks for commoditization than HTC because automotive OEMs have many other ways to differentiate their products, such as powertrain and chassis. However, with the prevalence of autonomous driving and ride sharing, cars may eventually become a B2B product. It is not improbably that car hardware becomes more even commoditized than smart phones in the long term.

In the near term, utilization of factory-installed infotainment systems is already declining. When was the last time you saw an Uber driver use the built-in infotainment system for navigation or media streaming, whether it was a Kia or a BMW? As a result, OEMs are having a difficult time justifying the cost of such options, and have started offering them for much less money or even for free.

However, not all OEMs will lose. Those who can embrace the change and find an appropriate model that provide a good consumer experience while capturing some value will be successful. BMW started charging a subscription fee for providing CarPlay in its latest models. Other OEMs such as Audi, Volvo and Geely are working with technology companies to jointly develop deeply customized infotainment systems based on Android and YunOS, respectively. Only time will tell which model will have most success.

Back to the Future? National Security Innovation and the Coming Decline of Traditional Defense Contractors

Student comments on Why is Your Car Screen So Last Century?