2017 was a particularly tumultuous year for retail. Major US retailers closed almost 7,000 stores, breaking a 20 year record[1], as the likes of Payless and Toys R Us declared bankruptcy and such department stores as Macy’s and Sears attempted to prevent a similar fate. Brick & mortar incumbents are increasingly looking to ecommerce and alternative physical retailing formats in order to remain competitive, but have had varying degrees of success in making the transition from offline to online, Farfetch, a UK-based platform founded in 2008 by Portuguese entrepreneur José Neves that boasts the “world’s largest selection of luxury,” has seemingly created the blueprint for winning in the digital age[2].

Farfetch began as an ecommerce platform that connects consumers in 190 countries to over 500 boutiques globally[2]. Employing an asset-light model, the company holds no inventory and has instead invested in building considerable capabilities in logistics and technology. In fact, ~1,000 of its 2,000 employees are engineers, a number that is expected to increase to 1,600 in 2018[3]. Farfetch.com generated $800mm of GMV (gross merchandise value) in 2016, translating to an estimated ~$200mm of sales (20-25% commission)[4]. Keenly focused on scaling its international presence, the company has partnered with a number of leading ecommerce players in high-growth geographies. Earlier this year, it announced a JV with the Chalhoub Group, one of the largest fashion and luxury goods distributors in the Middle East[4]. In 2017, Farfetch partnered with JD.com, China’s second largest ecommerce company, and took over Style.com, previously Condé Nast’s fashion ecommerce site[4]. The company is rumored to IPO later this year[4].

To boutiques, Farfetch serves to bridge the gap between offline and online, especially as many of them do not have the know-how or human capital to develop their own digital capabilities. Boutiques agree to utilize Farfetch’s inventory management platform, and is able to enjoy access to an international customer base that it would otherwise be unable to tap into. The company also assists with photographing product listings and processing payments. Moreover, the scale of Farfetch enables its partners to benefit from lower logistics costs.

For brands, Farfetch launched a white label business, Farfetch Black & White, in 2016 to build and power their ecommerce platforms[5].

Farfetch outperforms traditional multi-brand luxury retailers with its vast assortment of carefully curated products from boutiques worldwide. It also enhances pricing transparency for consumers and allows them to extract the best value as consumers can easily glean pricing discrepancies between boutique partners for the same product. Fast delivery and free global returns, including click-and-collect and drop-off in-store options via boutique partners, is yet another core competency. Last April, Farfetch partnered with Gucci to offer a 90 minute delivery service to customers in 10 cities across the globe[6].

The Future of Omnichannel

In 2015, Farfetch acquired London-based boutique Browns, allowing the company to experiment and test within a physical ecosystem. In April 2017, the company unveiled its “Store of the Future” platform, an operating system capturing online and offline data across devices that is then shared with partners and sales associates to elevate the shopping experience. At the time of the unveiling, in-store features included a universal login that integrates a customer’s online and offline activity,  RFID-enabled clothing racks that track in-store browsing behavior, and smart mirrors that allow the customer to view existing wishlists and order items in different sizes and colors without leaving the dressing room[7]. While such hardware as the smart mirrors are outsourced, Farfetch is providing the underlying software that connects the mirrors to the point of sale system, for example.

Thom Browne, whose ecommerce presence is already being managed by Farfetch Black & White, has signed on to be the first brand partner. Farfetch has stated that the platform will be modular, allowing partners the flexibility to adopt the specific components that best suit their needs. In addition, the company has adopted a open-source strategy, publicly inviting third parties to utilize the software in hopes of furthering the field of omnichannel commerce[7]. 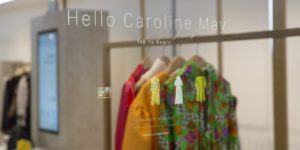 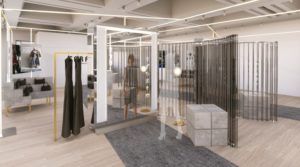 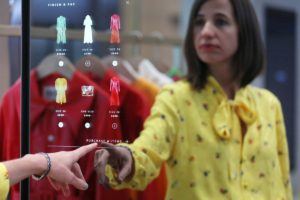 Condé Nast: No Longer in Vogue