WeWork, launched in 2010, is a platform that leases shared work space to communities of entrepreneurs, freelancers, and small businesses and connects that community to business service providers. WeWork typically leases office space wholesale and subleases that space to its members at a profit. Valued at $16 billion in its latest fundraising round (1), WeWork operates office space in 15 countries and has ambitious growth plans over the next few years. 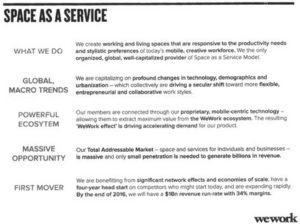 WeWork captures value by charging membership rates ranging from baseline membership in the network (which allows members to access daily space rentals and services for rates starting at $45 / month) to renting dedicated desks and private offices (starting at $400 / month and varying based on office location). Although more recent revenue figures from the company have not been made publically available, CEO Neumann said in July of 2016 that he expected the company to hit a run-rate revenue of $1 billion in 2017. (3) 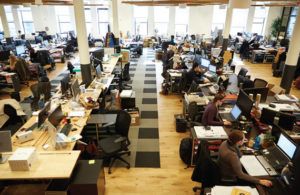 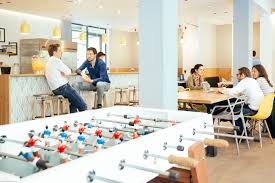 Network Effects in the WeWork Model

WeWork creates network effects by serving as a platform for members to engage with each other and for business service providers to connect with WeWork members.

In my view, although WeWork has pioneered the model of flexible, shared office space, the network effects created by the model are not strong enough to sustain WeWork’s advantage in the long-run.  Fundamentally, do members chose WeWork because of the network it offers, or because the workspace itself is superior (or in some cases, the only option)?  Moreover, how much do the negative effects of crowding offset the positive network effects?

The WeWork model is highly replicable, and several competitors have already emerged. For example, real estate developers are using LiquidSpace to market flexible spaces directly to tenants and provide a quick, standard lease that saves developers and tenants time and legal expenses. LiquidSpace takes a 10% cut of the rent every month. (4) Moreover, if WeWork’s margins are sufficiently attractive, commercial real estate developers could directly replicate its offerings and cut out WeWork alltogether. Given that WeWork rents office space via long-term lease contracts and subleases the space at higher prices shorter periods of time, it would be interesting to see how many of WeWork’s long-term leases are up for renewal in the next ~5 years. Shorter lease agreements would make them more vulnerable to property owners pushing WeWork out of established locations.

Multihoming is also simple and low-cost on both sides of the platform: WeWork service providers have no barriers to work with other platforms or directly with businesses, and WeWork members (customers) could easily rent space from other providers as they expand.

In summary, as demand for flexible workspaces continues to increase in the US and globally, WeWork is well-positioned for continued growth.  Yet, the network effects created by the platform do not seem sufficient to prevent new entrants from entering the market, which seems poised to evolve into a fragmented market of multiple successful players.

Twitch: Big Dollars in the World of eGaming

2 thoughts on “WeWork: “A Platform for Creators””