Unity is a cross-platform game engine that allows developers to build games quickly for a variety of platforms different Virtual Reality (VR) platforms.  Unity is lowering the barriers to creating content for VR entertainment by becoming the operating system for gaming. The platform offers users who are familiar with conventional 2D game development through Unity an easy transition into VR by  allowing them to develop with mostly the same tools they are used to.  Unity has the potential to solve the chicken-and-egg problem facing the VR platform companies whereby users won’t adopt the platform until there is sufficient content, but content creators won’t create content without sufficient users.  Unity is uniquely positioned take advantage of its competitive position to push VR towards ubiquity.

Unity lowers the barriers for developers to build Virtual Reality games by giving users a software development kid (SDK) that handles much of the heavy lifting of game design such as graphics rendering, physics engines, lighting dynamics and more.  Developers can spend less time 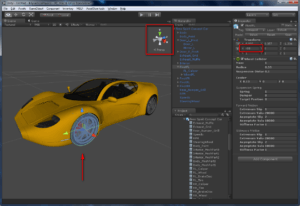 building out components of games that are common across many VR applications, and spend more time focused on what makes the game different.  Through Unity’s SDK, users can build and deploy games to a wide variety of platforms for which they would otherwise need to write custom versions of their game to support.  With just one code base, developers can build games that run on Oculus Rift, Gear VR, Hololens and more.  Game developers can instantly become platform agnostic.

Another key value proposition for Unity is that the SDK has become sufficiently advanced that programming experience in many cases is no longer required to build a functioning game.  This opens the doors for users of all different backgrounds to build games, not just those with programming experience.  Designers, story tellers and artists can bring their visions to life on Unity’s platform.

Unity operates a familiar “freemium” business model to lure developers onto the platform and build network effects.  Accessing the SDK and using it to build games is entirely free.  Once these users are familiar with the platform, Unity offers a wide range of premium services to game developers such as hosting and  advertising management tools for monetizing their content.  Prices for Unity premium tiers range from $35 per month to $125 per month, with even larger packages available to enterprise users.  Developers who use Unity pay no ongoing royalty, which stands in contrast to other game development platforms such as Unreal 4.

Unity has a large installed user base of developers who are familiar with developing 2D games on the Unity platform.  Thus by adding features to the SDK to support VR, Unity can quickly tap its user base to develop VR content faster than a competitor who does not have this pre-existing user base.  This yields a tremendous amount of value to platform companies such as Google, Microsoft and Samsung, who are struggling to generate enough content for their platforms to compel users to adopt it.  Unity is uniquely positioned to help solve this problem.  Unity should push to partner more directly with these platforms to incentivize VR game development, perhaps by subsidizing subscription services for VR applications or by increasing educational outreach to its user base to help developers make the transition from 2D to 3D games.

Unity Is Expanding To Deliver VR And AR Beyond Gaming

Student comments on Unity 3D: One Game Engine to Rule Them All