If you thought Under Armour was solely a sports apparel company selling athletic gear and sneakers, then I would think again! Under Armour, the third largest sports retailer by sales, is leading among sports retailers in the digital fitness space. In 2013, Kevin Plank, Founder and CEO of Under Armour, took a huge bet on the wearable technology and fitness tracking industry. His view was that data-driven technology would lead Under Armour to generate up to $7.5bn of revenue by fiscal year end 2018. With 2017 sales at $4.98bn and only up 3% over the year prior [1], will his bet pay off?

Under Armour’s Journey to a Data Driven Company:

Under Armour was founded by Kevin Plank after his frustration as a football player on University of Maryland’s football team. Plank became increasingly frustrated with the cotton t-shirts that he and his players wore under their football protective equipment. Once he was dubbed the “sweatiest player on the team”, he knew that there had to be a better alternative. Upon graduation in 1996, Plank created a prototype of a base layer with sweat-wicking technology called HeatGear. This prototype became the foundation for Under Armour’s initial product – sweat-wicking, base layer shirts.

Since its founding in 1996, Under Armour quickly gained national recognition and achieved $281m of revenue and $35.8m of net income by 2005. However with this increased national recognition, came challenges. Under Armour faced increase competition from Nike (63% market share in 2005), Adidas (20%) and Reebok (13%) who all had a national and international presences. The Company also received several acquisition offers – including one from Columbia Sportswear (outdoor apparel and footwear manufacturer). Under Armour turned down these offers and instead focused on organic growth and pursued an IPO. However, by 2013, competitors had largely duplicated its sweat wicking technology and Under Armour had to consider other product adjacencies to maintain a strong competitive advantage in the fitness retail space. [2]

In 2013, Under Armour took its first step into the digital fitness space. The Company acquired MapMyFitness, an app with 20m users that uses GPS to track runners and cyclists workouts and shared the results with friends online, for $150m. The Co-Founder and CEO of MapMyFitness then became Under Armour’s first Chief Digital Officer. Later, UnderArmour acquired MyFitnessPal, a diet and workout tracking app, along with its 80m users, for $475m. Under Armour then added another company to its portfolio – Endomondo, a European virtual fitness coaching app with 20m users. Under Armour also partnered with IBM Watson to apply artificial intelligence to create a platform called “UA Record” an app that provides evidence-based coaching around sleep, fitness, activity and nutrition. This app then synced with Under Armour’s running shoes. Through all of its acquisitions, to date, Under Armour has about 200m registered users and their associated fitness and nutrition data. It is estimated that one out of every 5 people in the U.S. has downloaded an app in the Under Armour suite of digital products. Kurt Kendall, Under Armour’s Vice President of Analytics and Data Solutions, stated that he estimates that the Company analyzes over 10bn of data transactions a year and each of those transactions gives the Company insights on ways to improve the customer experience. 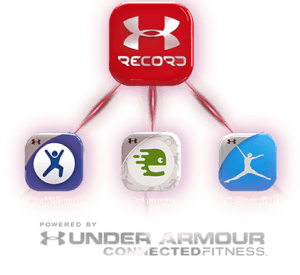 Value Capture from Data and Analytics:

At this stage, Under Armour primarily uses the data that it captures in its product innovation process. CEO Kevin Plank refers to the value capture process as a “data flywheel”. Data from the apps gives Under Armour design cues for products. Athlete’s habits also influence design. Products such as its new Gemini line of running shoes seamlessly allows consumers to track fitness and health activity without the use of a smart phone. The Company also uses its data around consumer’s workout timeframes to push targeted advertisements to consumers. For example, after a user completed a long run on a cold day in Chicago, Under Armour then pushed a targeted advertisement for its “snot finger gloves”. Under Armour also plans to combine biometric sensors into all of its clothing and footwear products. The Company aims to build a network effect in that consumers will purchase Under Armour gear because it easily connects to their apps and digital platforms. [3] 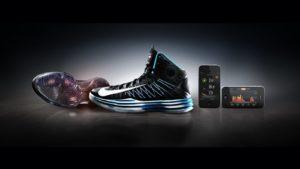 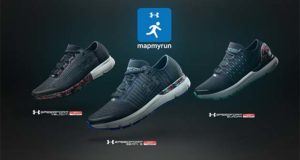 A huge challenge that Under Armour faces is its ability to effectively utilize the data that it has captured to drive higher retail sales. While Kevin Plank argues that Under Armour’s data apps drive people to be more active, and more active people buy sports gear [4], I’m not entirely convinced that this helps drive more Under Armour sales (which typically sell to a premium of other more traditional sports brands). Under Armour also faces heavy competition from peers such as Nike who have also developed a digital war chest and are following a similar strategy. Lastly, Under Armour will need to hire and retain the technical talent to effectively analyze the data it has captured. With the fight for technical talent at an all-time high, it will be challenging for a retail company such as Under Armour to encourage technical talent to work at their firm over other tech-savvy firms in Silicon Valley.

With Under Armour’s 2017 sales only growing at 3.1% y-o-y, it is highly unlikely that the Company will achieve its originally stated goal of generating up to $7.5bn of revenue by 2018 based on organic growth alone. Will Under Armour’s digital strategy eventually pay off?

Student comments on Under Armour’s Transition to a Data-Driven Fitness Lifestyle Company – Will it Pay Off?