The government of Medellin, Colombia is innovative in using technology and crowdsourcing to improve collaboration with its citizens and encourage broader participation. Via MiMedellin, citizens can co-create with city government to come up with novel solutions to top issues:

Clicking on a topic brings the user to a page with more information on the issue and feedback government seeks. Citizens can comment as well as vote on different responses / solutions:

The value created by this platform is reducing friction of communicating with the government, enabling the city to tap into collective intelligence of its citizens. While making it easier for citizens to participate may increase noise and lower quality of proposed solutions, the platform also uses the crowd to filter out noise via a voting mechanism (similar to Reddit and Quora).

Knowing their ideas could be implemented, citizens are motivated to participate to solve real problems in their neighborhood, assuming citizens believe in the legitimacy and power of MiMedellin. To do so, Medellin has shown commitment to using MiMedellin to actually affect change – Medellin will be implementing a citizensourced solution to restore a major river [1].

Paris, France also built its own citizensourcing platform, named “The Mayor, I have an idea.” The website describes itself as: “a site that encourages broad citizen participation. All the inhabitants of Paris are invited to propose their ideas and projects for their city on different themes. The ideas deposited can be discussed, enriched, reworked, in a collaborative logic carried by the collective imagination.” [2] 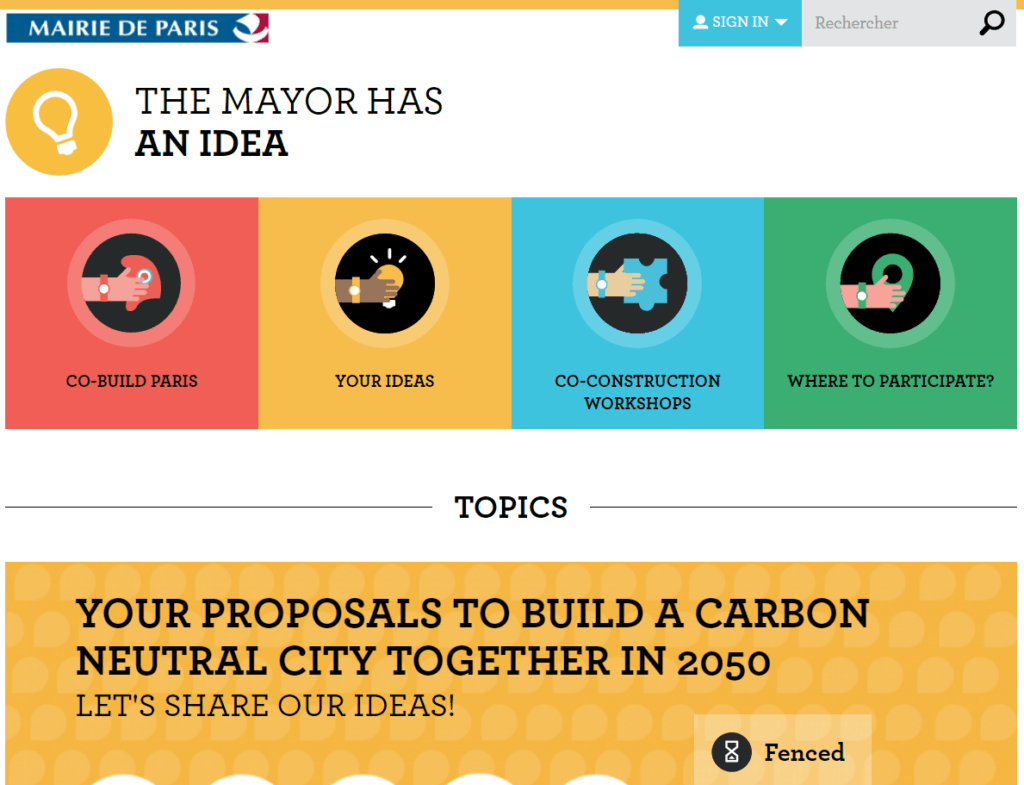 These one-off city projects require significant effort from city governments, which are typically bogged down by inertia, and don’t typically have the most technology-forward employees. Medellin and Paris likely had entrepreneurial leaders to spearhead launching an entire citizensourcing program, but other cities are less likely to take on the entire project themselves. For that reason, Belgian startup CitizenLab was established with the mission to make citizen participation easy:

CitizenLab’s model is similar to MiMedellin’s – governments can use the solution to set up discussion topics, crowdsource ideas and votes, and track engagement. However the solution is superior with its better user interface and more intuitive user flows: 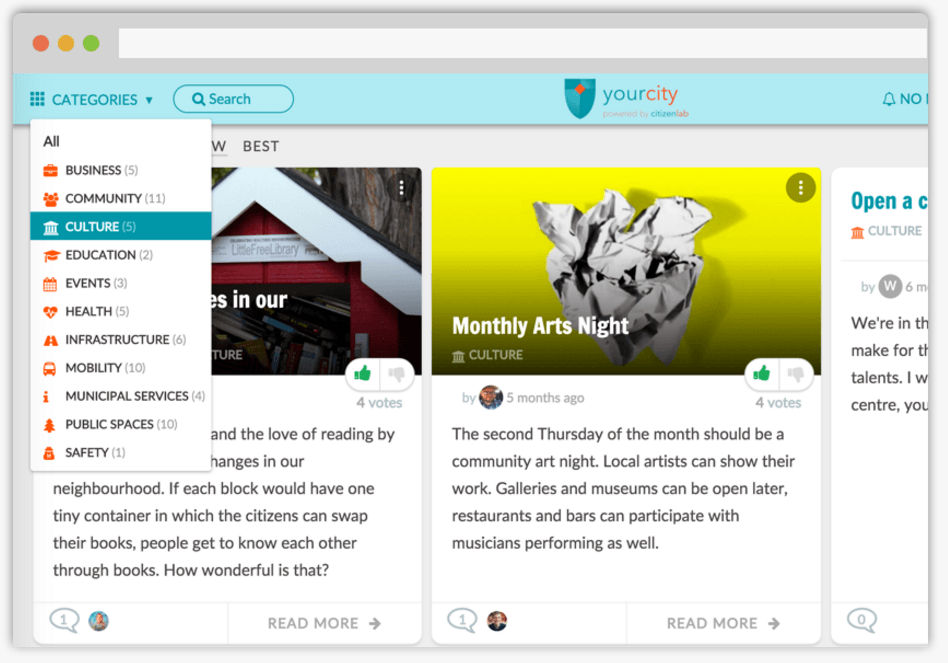 CitizenLab’s standardized, scalable platform enables governments across the world willing to adopt citizensourcing to do so quickly.

However, one outstanding challenge I see is for either CitizenLab or governments to figure out how to select practical, realistic solutions that may not be winning ideas without undermine citizens’ trust in the platform. Perhaps an effective solution could be on the product side – provide voting guidelines (please vote for realistic ideas X, Y, Z constraints, but that could limit creativity of proposals), or on the communications side – craft careful messages on why winning populist vote can’t be implemented, or both. Would love to hear your thoughts on this issue.