Tinder: When users sign in to this app, a seemingly unlimited list of other nearby users is immediately presented. Users quickly swipe through photos to determine potential romantic interests. This app is built on the premise of having a large installed user base. The more users on the platform, means the more choices that users have, and in turn, a higher-quality app experience, and a greater chance of finding the perfect match. As of April 2015, there were 1.6 billion Tinder profiles and 26 million daily matches. This is an example of direct network effects at play through a positive feedback loop.

Value Creation: Tinder provided a free, easy way for users to meet potential matches. It’s large database is the greatest source of value creation. While it would not be difficult for a new challenger to recreate the features available on Tinder, the install base presents a higher barrier to entry. However, it is important to note that multi-homing is quite common for users of dating apps, and this does not limit the value created by the individual app.

Value Capture: Tinder initially did not capture value. The service was free and unlike many dating websites, the app did not include ads. However, the company is now entering a freemium model, in which users can pay a monthly subscription fee to access additional features.

In order to scale up, businesses that exhibit Direct Network Effects, like Tinder, must build critical mass locally, rather than immediately focusing on geographic expansion. This is similar to the Uber model. If I am in Boston, I don’t have an interest in the number of drivers or riders Uber has in New York. Similarly, a Tinder user in Boston is not affected by the size of the Tinder user base in New York. Additionally, in order to reach critical mass locally, companies may rely on users making requests of friends. These dating apps often include a button to invite friends to the platform.

However, I question whether network effects based on an increasingly growing user base always have positive effects. Clearly, the initial user base must reach a critical mass in order for a dating app to be effective. But when a network expands too large, then congestion can occur, with irrelevant results that may lower the quality of the offering. A common criticism of many dating apps is that women get bombarded by a slew of lower quality users.

Newer apps, such as Hinge or Coffee Meets Bagel take advantage of network effects, but with smaller installed user bases. These apps only include individuals to whom you already have a connection, friends of your Facebook friends. Coffee Meets Bagel gives each user only one potential match per day. The size of the installed user base is less relevant to the app’s ability to create value. Rather than maximizing the size of the install base, this app is intentionally targeting a certain subset of consumers. 96% of Coffee Meets Bagel users hold at least a Bachelor’s degree. This means users are more likely to find similarities with each other, and the quality of the app is increased. In fact, Hinge recently launched the hashtag, “#NoRandos,” reflecting it’s smaller install base (see Hinge marketing image below). 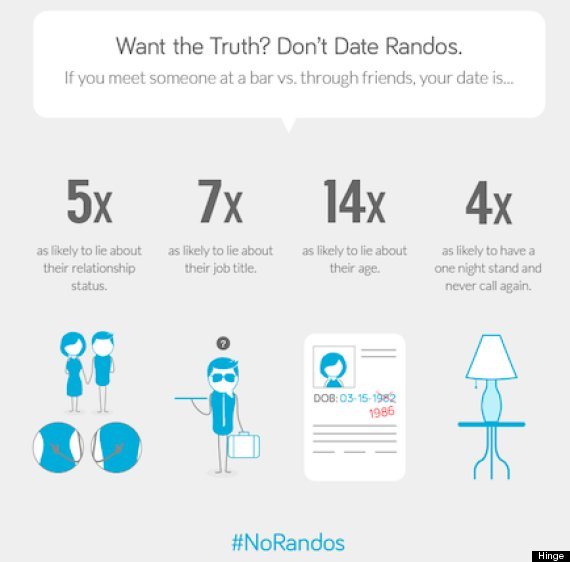 Additionally, by connecting to a user’s Facebook friends, these apps are taking advantage of indirect network effects. Increases in a user’s number of Facebook friends increases the value users have through Hinge or Coffee Meets Bagel, because there are more possible matches.

Tinder vs. Coffee Meets Bagel reflects the battle of positive vs. negative network effects, and it remains to be seen which business model will ultimately be victorious.

How clever is Clever?

Student comments on Tinder: The dark side of network effects