Say your employer has data on their previous HBS hires that indicate all such employees were stellar and should be considered for promotion after two years, would you be comfortable if they used that data to consider you for promotion earlier than your non-HBS colleagues? Perhaps? How about if your employer had data that showed employees with a similar background to you are likely to leave the company after two years, which prompted them to hold the promotion you deserve as they anticipate you leaving? Sounds a bit more problematic, doesn’t it?

This ethically gray area is where Workday’s Insight Applications operates. According to an article on Business Insider, Workday wants to “tell your employer that you’re planning to leave your job — ideally before you’ve even started looking for your next gig… by looking at your career progression and comparing it with other employees who have followed a similar path.” The software operates by collecting and processing information about individual employees such as their start date, tenure at the company, performance reviews, salary, number of promotions, etc, and comparing it with that of past employees. In some companies, they collect up to 65 parameters related to individual employees! Furthermore, Workday collects external information they think is relevant and uses this to inform their predictions. For instance, the company regularly scrapes internet job postings to understand which skills are most in demand, thus gauging which employees are most likely to receive other lucrative offers. 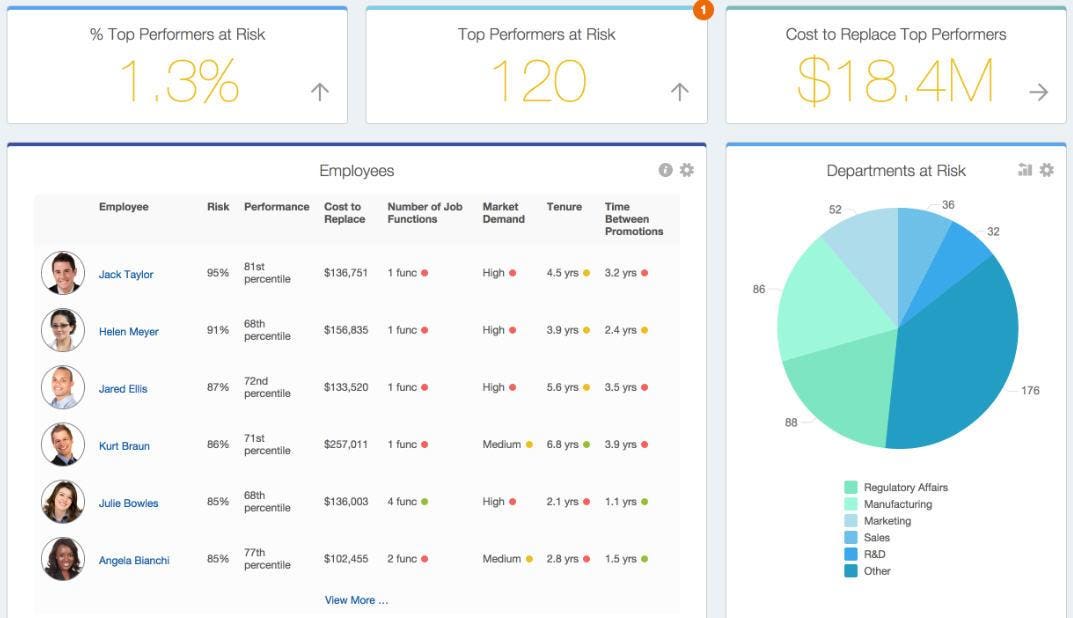 While some companies purchase Workday’s software to use predictive analytics in informing their decisions around talent management, others have developed their own software to do so. Deloitte, Hewlett-Packard, SAP, and Oracle are some of the companies that have been using such data analytics to augment their HR decisions. Albeit its spreading popularity, quite a few hesitations come to mind in regards to these practices:

In my mind, while there are many positive use cases of data analytics in companies, predictive analytics in HR can borderline promote prejudiced behavior. Employees deserve to know how they are being measured and judged and so transparency around such HR practices is crucial. Finally, companies should be very vigilant in implementing such software and set strict policies for around their use.