Virtual reality in the US Army has the potential to greatly enhance soldier effectiveness. The Army has already implemented solutions using this technology and is working on developing new solutions for other issues.

The US Army Research Center in Natick, MA is leveraging virtual reality to develop a mission-planning tool that can be used to provide soldiers an “on-the-ground” feel for a geographic area – what a route or village would look like if they were physically there.[1] 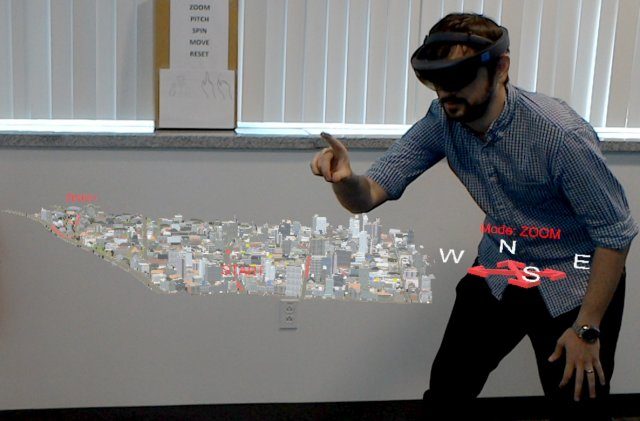 An Army-funded lab has created a virtual reality simulation allowing soldiers to recreate troubling experiences virtually, and then relive them again while communicating with medical professionals. The method has already helped some veterans struggling with PTSD[2]:

The Army built training simulators that allow small teams (up to 10 people) to execute missions virtually – dressed in their combat uniform and carrying an actual weapon, they wear a VR headset inside a training dome to complete a mission together.[3] 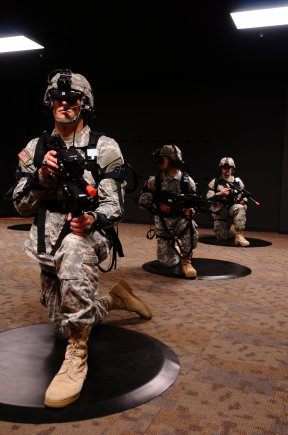 Value is created by providing more efficient and/or effective ways to plan or train.

Value is captured over the long-term (up-front costs are high) in time and cost savings relative to traditional methods.

Here are some ideas for how VR/AR can be used most effectively:

As one can imagine, training on certain pieces of equipment can be extremely expensive. The Patriot missile, for example, costs an estimated $2-$3 million dollars.[4] Using virtual solutions when possible on otherwise expensive training could make the up-front costs worth it.

Similar to the vast amounts of data that professional sports teams and leagues can now collect on its athletes through technology, the Army can use the virtual training centers as a forum for data collection as well. Physical data such as heart rate and body temperature could be helpful as well as analyzing decision-making data such as reaction time to various stimuli.

Virtual solutions can allow for the introduction of gore that soldiers must know how to deal with.

The US Army often conducts joint training between units within the country and with units from other countries. Virtual solutions could allow for more opportunities to train with partners who are not collocated at the same installation.

Since the virtual reality trainers can input various situations and contexts, the Army could crowd-source real combat experiences to feed into the trainers. It could follow up training with comments from the veterans who faced the real situation. This would make the missions come to life more as well as provide an avenue of communication for soldiers.

Once virtual reality trainers are installed at many locations, performance can be tracked and recorded, and competitions can be introduced across the Army. Generally, soldiers are very competitive and would likely respond to the competition, giving them a goal to rally behind during long hours of preparation.

How to convince the unconvinced?

Luckily, the US Army has been using technology to augment training for some time, even though virtual technology is one of the newest at the moment. In persuading skeptics, one could point to past technology adoptions by the US Army that have been successful. One could point to defense company examples of implementing VR solutions. Additionally, it would probably be helpful to frame most VR solutions as augmentations to training rather than substitutions (even if you believe it should be a substitution). Once implemented, the success can prove the capability as a substitute.