The New York Times is part of the publishing industry – perhaps the most deeply disrupted industry by the introduction of digital. About 150 years old when the internet was becoming widely adopted, the Times had quite a feat ahead of them to try to innovate over a short period of time with such a long legacy and deep rooted culture.

Unlike other newspapers who balked at the importance of the digital transition and failed to make appropriate moves, the Times made some big bets. They instituted the paywall in 2011 and hired over 100 tech employees over the course of one year in 2013, an increase in about 10% of their non-newsroom workforce.

Their overall strategy to transition to a digital world was multi-pronged. The bulk of the new tech employees were tasked with strengthening the user experience of the flagship product – the news report on web, Android, and iOS. However, in addition to this straightforward strategy, they also started a new products department comprised of interdisciplinary employees (newsroom, strategy, design, engineers, marketing, etc.) who were tasked with spinning out new apps as new revenue source. McKinsey advised they come out with the following three – an Opinion app (one of their most popular sections), a streamlined version of the news for millennials, and a Cooking app with their 15,000 recipes on hand. The idea was that the company could make the report more actionable and engaging and charge for the resulting new experience. Once these were built, the next evolution was for a new larger strategy whereby they hoped to create a suite of products a la Amazon Prime and leverage their authoritarian brand to guide people on ‘what to cook tonight’ ‘what book to read next’ etc. 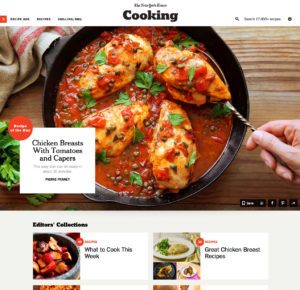 Their diversified strategy continued with a push from advertising to create a Virtual Reality app. The Times partnered with Google to ship 1 million Google Cardboard headsets out with the launch of their own VR app. This was a success fiscally as there were plenty of advertisers interested in being associated with the prestige of quality of the Times and the spirit of innovation that VR elicits. Additionally it was great for the Times brand. It showed that the Times was doing cutting edge stuff. 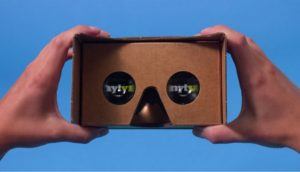 Today the Times has seen one of the new products, NYT Cooking, that they came out with through the new products department monetize.  They have been rewarded both fiscally and with awards for their high quality VR content. And perhaps most importantly, they are on track to reaching their of being an $800 million digital business. Despite this, one worry is that this was partially due to the political climate; the publishing industry often refers to the recent rise in subscriptions as the “Trump bump,” however regardless of the reason, there’s an opportunity to capitalize on this large audience while they have them and make them stick! Regardless, they have been much more innovative and digitally successful than their other newspaper peers and a true leader in the industry.