The Warriors and …. Data?

They Golden State Warriors (GSW), have won 2 NBA championships in the last 3 years, made it to the NBA finals every year consecutively for three of those years and in the process set a new regular season record with 73 wins, (dethroning 1995-1996 Bulls’ record). But how did the GS warriors reappear in the NBA finals after a dormant 40 years?! The recipe is still being analyzed and debated by media talking heads and analysts, while all agree on one ingredient – data science.

The GSW ‘Data-era’ is rumored to have begun with the change of ownership in 2010. Many cite the ownership’s venture capital and tech savvy background as the engine behind the adoption of a numbers strategy, (which may or may not have led to the team’s tagline: “Strength in numbers”). The franchise began experimenting with a data analytics focused approach and was one of the few early adopters of a new camera based technology called SportsVU, (cameras situated above the arena capturing plays frame by frame). To avoid ‘betting the team’ the franchise began experimenting on the Santa Cruz G league. Assistant GM Kirk Lacob led a data focused approach to analyze the team’s data: games, practices etc. The strategy was later adopted by the GSW front office. 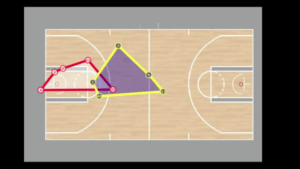 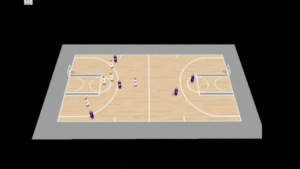 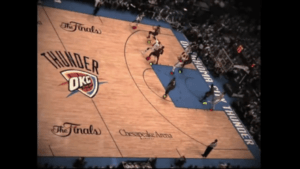 NBA analysts and journalists agree that the GSW posses great players talent, strong coaching and medical staff, and a dedicated front and back office. But even the official franchise position has been that they aim to be early adopters in the field of data insights. Lacob has stated that the reason they wanted to be pioneers in this field was to use data insights as an enhancer to their decision making processes. Among others, the GSW franchise has used data to gain insights from box score, geospatial analysis, and most recently wearable technology. A few examples that have been publicly discussed are: 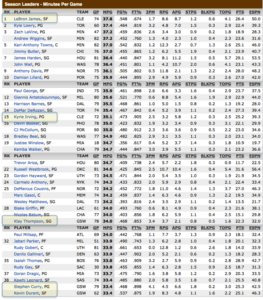 Smooth Sailing From Here On Out?

Internally, I think the GSW have proven to be adopters of early technology and that they are constantly on the look out for an analytical edge. However, looking at the league wide adoption of SportVU and teams like the Houston Rockets leading the league in 3-point shot attempts, I see a catching up trend the Warriors should be worried about. Could the rest of the NBA be soon a leveled playing field? Or will talent, coaching, injuries and luck all make it very hard to judge this exact question and also serve as distractors for teams to fully adopt the analytical approach? Time will tell.

Under Armour’s Transition to a Data-Driven Fitness Lifestyle Company – Will it Pay Off?