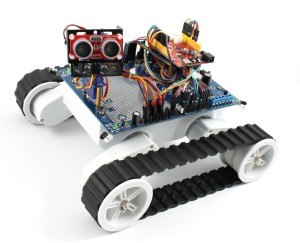 Arduino is an open source hardware/software platform that allows anyone to easily get involved in electronics and programming. With Arduino you can buy a microcontroller (a form of simple computer) for under $30 and program it to perform a huge number of quirky, fun, and even useful tasks. Many DIY robotics or home automation projects are built upon the Arduino platform.

However, the real power (and amazing success) of Arduino isn’t in the hardware. It is a result of the enormous network of users, resources, discussion boards, and published projects that have pervaded the internet. A new user with no programming experience can search for almost any sample of code for various tasks in the official tutorials, the code library, use-created websites, and on YouTube videos. Within a few hours, that user can have a working electronic gadget they can tinker with, improve, and put into action on a job.

Since the Arduino was first introduced in 2005, dozens of me-too companies have taken advantage of the open-source platform and created copies of the hardware. However, Arduino thrives because it built up an enormous user community and maintained a high level of quality at the price offered for hardware, and the services offered to its users. By 2013 the company had sold an estimated 700,000 boards, and it was estimated that an equal number of “counterfeit” boards had been sold as well. This actually helped the company. Having 1.4M users instead of 700,000 built the hacker community and contributed vast amounts of material to content the virtual content library.

Of course competition has arisen. Other platforms such as Raspberry Pi and Mbed have started to serve a market which is craving more power and functionality, but Arduino doesn’t seem to be going anywhere. It is so simple and non-intimidating to get started with access to a huge community, that the extra functionalities of Raspberry Pi and Mbed can often over-serve the market. And the published content doesn’t overlap between the two hardware platforms, so Arduino has a defensive niche.

It is interesting to see a complimentary effect on the hardware from software and content network effects. However, Arduino should be weary of other hardware players in the market mimicking its hardware to the same quality and reliability that they perform at. They will need to better monetize the community aspect of it in order to grow. The hardware will eventually become commoditized (it realistically already has), and the real value that people are seeking out is the access to information and other hackers. Arduino will need to maintain the growth in content to be sure that a superior hardware platform with the same ease-of-use does not overshadow it. 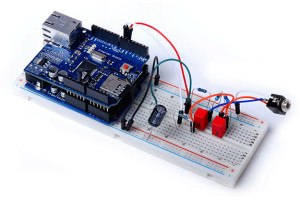 Student comments on The Arduino Community