On November 8, 2016, Donald Trump shocked the world. In the days and months leading up to the presidential election, almost every public and private metric suggested Trump was heading for a loss, potentially of epic proportions. Nearly every forecaster projected that Hillary Clinton would be elected as the next President. And yet, over the course of the evening, pollsters, the American political establishment, and voters were stunned as they began to realize that Donald Trump would be named the 45th President of the United States.

How did Trump, whose entrance into the Republican Primary was widely considered laughable and whose ascendance to the nomination was considered a gift by the Democratic Party, win 306 Electoral Votes and capture an election that was considered to belong to Clinton? By employing an incredibly powerful and innovative digital strategy never seen in a global election that outmatched the Clinton campaign and caught political pundits completely by surprise.

While the Clinton campaign employed a robust digital strategy, investing nearly $30 million in digital ads in the weeks leading up to the election [2], the Trump campaign spent ~$70 million per month on digital operations, much of it to cultivate a universe of fervent Trump supporters, and in the final weeks of the campaign, to suppress potential supporters of Hillary Clinton. [3]

Working with Cambridge Analytica, a data consultancy firm, the Trump campaign leveraged the work of Cambridge psychologist Michal Kosinski to target audiences with specific messaging and ads using psychographics, the measurement of psychological traits, via the OCEAN model.

Compared to demographic targeting, Kosinski’s study at Stanford has shown “the effectiveness of personality targeting by showing that marketers can attract up to 63% more clicks and up to 1,400 more conversions in real-life advertising campaigns on Facebook when matching products and marketing messages to consumers’ personality characteristics” [4].

“Digital strategists typically value contact lists at $3 to $8 per e-mail, which would price Trump’s list of supporters anywhere from $36 million to $112 million.” [5]

Over the course of the general election campaign, Trump’s digital team built or generated more than 100,000 distinct pieces of creative content [3]. Trump’s digital machine drove fundraising efforts, ultimately collecting $275 million in donations through Facebook [3], dictated appearances based on where the largest clusters of persuadable voters resided, and led efforts in both electorate expansion (for potential Trump supporters) and suppression (for potential Clinton supporters).

The goal was to depress Hillary Clinton’s vote total. “We know because we’ve modeled this,” said a senior Trump official, “it will dramatically affect her ability to turn these people out” [5].

In the final months of the campaign, it looked like Trump was being outspent by Clinton, whose campaign put $200 million into television ads leading up to the election, more than double that of the former [2]. However, this was not the case, as the Trump campaign was merely focusing its efforts online. Ultimately, the Trump campaign’s decision to bet on micro-targeted Facebook ads worked, as Democratic turnout in battleground states was “surprisingly weak, especially among sporadic and first-time voters” [3]. In fact, the decision to focus on Michigan and Wisconsin in the final weeks of the campaign was made directly as a result of the campaign’s digital focus. Based on comments from David Plouffe, President Obama’s 2008 campaign manager, one can see that Clinton’s slim losses in Detroit and Milwaukee counties cost her the states of Michigan and Wisconsin, respectively [3].

In several key battleground states, the Trump campaign’s focus on data analytics and voter targeting allowed it to determine which messages worked best and where, carry the vote in states that President Obama had won just four years prior, and in the end, win the Electoral College vote to become the 45th President of the United States.

“Trump is a builder,” says [Steve] Bannon. “And what he’s built is the underlying apparatus for a political movement that’s going to propel us to victory on Nov. 8 and dominate Republican politics after that.” [5] 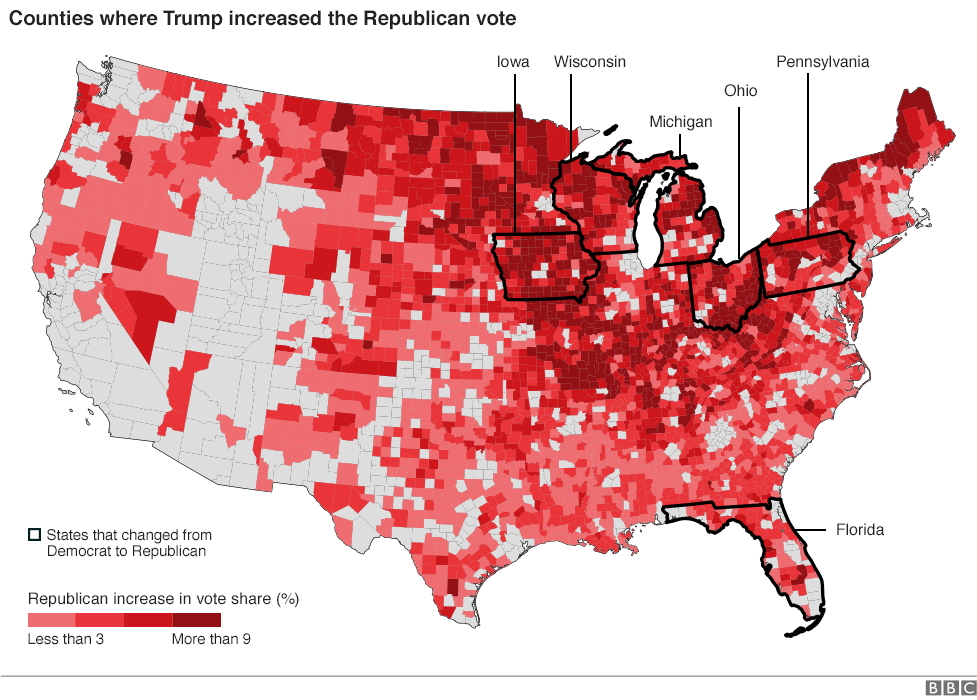 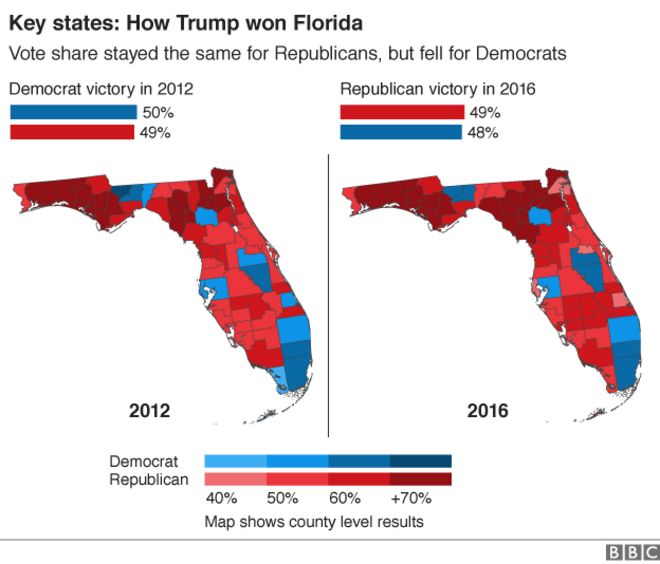 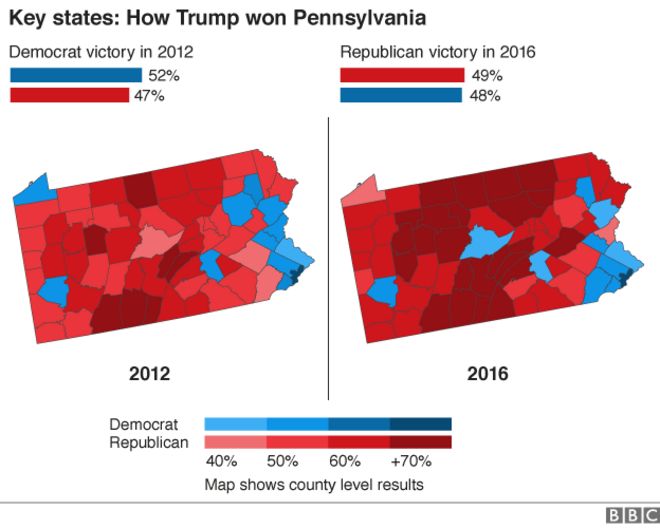 [4] Grassegger, Hannes and Mikael Krogerus. “The Data That Turned the World Upside Down.” Motherboard. January 28, 2017. https://motherboard.vice.com/en_us/article/how-our-likes-helped-trump-win.

Student comments on The 45th: How the Trump Campaign’s Digital Strategy Made History