My husband is a cyclist.   He’s also a Strava member (and early adopter), which by default makes me a Strava Spouse- if there is such a thing. Strava is a social fitness mobile app (and complimentary website) that allows athletes (primarily cyclists or runners) to track, share, and compare their fitness activities.   But this is more than tracking.   This is competition. Not only can athletes upload their own results from local rides to Strava, but they are part of the Strava Community.   Users can see the local routes, current top-dog athletes, and all of their current records (who, what, when, where the records were set). There are communities all across the US, where amateur athletes (and even some professionals) are vying against each other on a daily basis to race up and down the local landscape. There are countless Strava addicts out there who can’t seem to get enough.

Due to the very nature of the competitive community that Strava has set up, it benefits greatly from direct network effects.   As more users sign up for Strava’s free service (including personal tracking, rankings database, and challenge communities), the value to each individual cyclist goes up.   As a competitive cyclist, my husband would be thrilled to take the “King of the Mountain” (KOM) title for a five mile climb in the foothills of Maryland. But what makes the challenge more compelling is that there is a constant threat of being dethroned.   As more people join the network, there are more and more people competing for the top spot.   You may or may not know your competition- fellow users can be friends and teammates, or strangers from out-of-state.   But you will certainly be cursing them when you peruse the leaderboard on your smartphone before tucking into bed at night. That feeling will absolutely have you back on the road trying to ride even faster the next day, and you will bring Strava along for the ride, using your GPS enabled device or smartphone. What was your best ride could leave you feeling high as a kite, but only until your Strava competition beats you. It’s not a good feeling to have your local Strava victory stolen by disgraced cyclist, Lance Armstrong.

Further magnifying the network effects is the fact that users import their own unique segments into the App.   The route set is constantly growing as more and more users join the network. The segment could be for the “fastest block in town,” or the super steep killer block on your commute home from work.   If an athlete enters the segment into Strava, anyone else can compete to claim that segment.   As routes are added, and users are added, it compels existing customers to participate more, and seek out new opportunities to continue to compete.  This also drives users to the Premium offerings (which is presumably where Strava makes its money).   The more a user participates in Strava’s free services, the more likely they are to become power users that would benefit from the site’s many premium offerings, including customized training plans, filtered leader boards, real-time segments and leader boards, and much, much more.   While just over 20% of its users were using Premium services in 2013, that number continues to grow as more and more everyday athletes become “obsessed with the leaderboard.”   Still, some athletes use the digitally-sourced social network more for comraderie than for competition.   Ex-teammates (and current teammates) who find themselves on opposite coasts use the service to track and support each other in reaching goals, much like the early Nike + network.

Strava is truly changing the way people ride. Strava Co-founder and former CEO Michael Horvath, an ex-collegiate rower, used an interesting mix of phrases when describing how Strava was born.   In the past, he has spoken of the desire for a “virtual locker room” that mimicked the motivation you got from teammates to inspire you to get better every day.   He wanted to turn an every day ride into a race, with an honest and accessible competitive user base. It seems that network effects have allowed Strava to build an incredibly loyal and growing community of competitive cyclists who truly value the virtual leaderboard, as evidenced by logging more than 3 million activities per week (as of late 2014).

For a more interesting article on Strava, check out this piece from Outside Magazine:

There most recent funding was supposedly in October 2014. 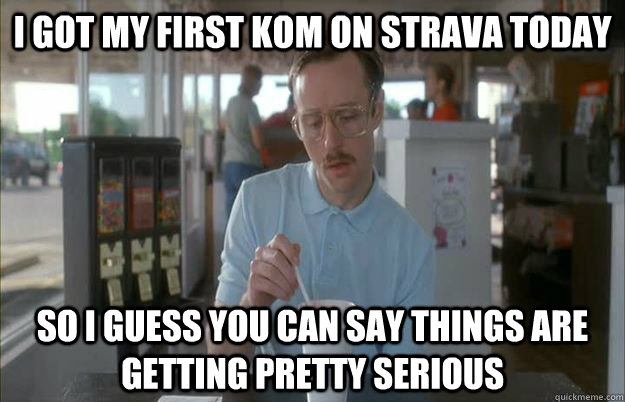 GoPro – A Platform Worth $3 Billion