Put yourself in the shoes of a successful game developer. You’ve just created what many critics called one of the best games of all times and now you are enjoying the cash flow and acclaims. Along the way, you created a tool, that helped fans to create their own content. Surprisingly one of the mods created by fans got popularity somewhat exceeding your original creation. The mod’s competitive online game process requires updates in order to fix bugs, adjust balance and add new content. Each update becomes a painful moment for gamers and your wallet, dropping the number of users for a prolonged period. No one could connect to the game server until the right update is installed on the client machine. So, you developed a tool that helped to update seamlessly in the background. Backward-looking, that was the rise of the dominant PC-games platform.

There were a number of jobs to be done on the developer side that was not directly related to the game development process and whether required additional resources and effort or directly limited access of little firms to the market. For example – distribution. It requires capital and capabilities to burn CDs, print cover, deliver to the shops and persuade brick-and-mortar stores to put the game on the shelf. There were also a number of pain points on the user side that could be addressed with an instrument similar to what Valve (this is the name of the developer) created for Half-Life add-on Counter-Strike (this is the names of the game and add-on). Take the seamless updates themselves – Counter-Strike wasn’t the first game that suffered from the cumbersome mechanism of updates.

Digital delivery and digital rights management. At the moment when Stream was launched the bandwidth of internet connection reached the point when a download of a game was faster than a walk to the nearest store. Game developers now had a choice to use the old brick-and-mortar stores channel, building your own distribution platform and infrastructure from the scratch or use Valve’s solution. The last option also made the life of pirates much harder.

Payment platform. Very close to the previous value creation proposition that goes without a detailed explanation.

Promotion, marketing, and discounts. The platform included something like online-shelf from the very beginning. Now game developers had more control over the placement of your game on this shelf (with additional charges for sure). The recommendation system and ratings helped to promote the game. Besides, developers could sell old games with discounts or make bundles.

In-game overlay functionality and services API. Even in-game experience includes services and utilities that are not specific for the game. For example voice-chat and matchmaking to find a partner for the game. Developing those services as a separate product and offering its’ functionality through API saves time and money for developers. 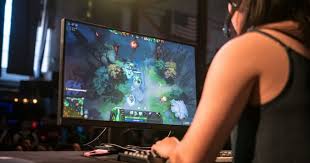 No license keys management. The process of authentication now doesn’t require gamer’s time and attention and causes much less friction than previous solutions. Gamers can jump directly into the game

Updates and patches are now installed in the background when the platform is connected to the server. It will notify the gamer when the game is playable.

Cloud game library and cloud saves. Losses of the game CD, hard drive or even computer itself are not a problem anymore. The game and progress are accessible from any system satisfying system requirements.

Socializing. The platform connected with the internet provides space for gamers to coordinate during online games and share experience for single-player games.

Game-sharing and parent control. Reduced piracy risks now allowed giving gamers more control over the usage of the game. For example, sharing it with friends and family members. Or limiting access to the game by senior family members for the junior ones.

Those two lists, far from being exhaustive, were the keys to Steam domination as a platform for PC games.

Too big to win 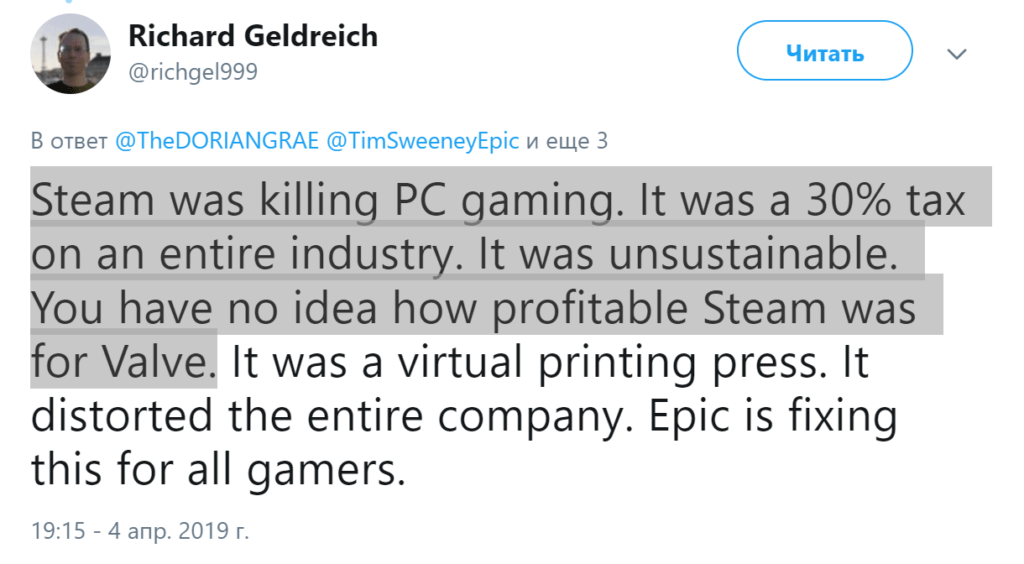 At some point, Valve has taken almost all accessible market. Two big segments were out of reach. First, console games were controlled by console owners: Sony, Microsoft, and Nintendo. Second, the biggest PC-games publishers, such as Electronic Arts or what is known today as Activision-Blizzard, who had enough resources to develop their own platforms weren’t ready to share the margins with Valve. Besides, Valve’s notorious 30% charge caused annoyance of developers and envy of market participants up and down the value chain. Microsoft’s move to the central repository of applications in new Windows releases may replace Steam as a platform in the future. From the other side Epic Games, the developer of extremely successful Fortnite released its own platform. Valve’s responses are already known, but this is a part of another story.