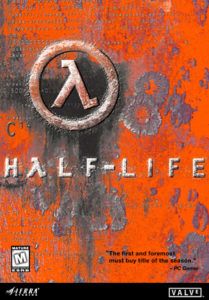 Through continued support for its’ games, Valve realized that a majority of their users had access to high speed internet access. Brainstorming on how to deliver a streamlined channel of continued game support, Valve decided to create Steam. Valve expanded Steam into a direct to consumer retail channel.

While early adoption was slow, and Steam was not required to play Valve games initially, a superior royalty structure and easier way to reach consumers directly lured third party software makers to the platform.

Steam store sports 4000+ games or offerings. Steam also provides an online community where gamers can build relationships, providing a depth of entertainment quality and experiences and extend the life of both games and gamers.

Valve pioneered the freemium model, attracting new users to the Steam platform through free games. The increased userbase resulted in increased in-game virtual store revenues (through purchase “e-swag” such as skins – non-performance enhancing distinctive items). League of Legends, one of the most popular third party games estimated to make over $1B selling cosmetic items in 2014 [X]. Furthermore, the new Steam platform users bought more games, making the platform more valuable to all parties.

Prior to Steam, game makers had to find a publishing house to partner with and/or, self-finance physical copies and find retail partners such as GameStop or Target to sell through. Pirated distribution captured a large portion of distribution and Valve viewed piracy as a distribution challenge.

Game platforms at the time were either Microsoft or Mac OS, or dedicated hardware + software gaming bundles such as Microsoft Xbox, Sony Playstation & Nintendo 64. Stand-alone gaming machines such as the Xbox did not necessarily have fast internet connection. The lack of a focused distribution platform on the PC market, increasing availability of high speed internet and easy access to award winning games brought in users. Low capital cost of adoption, instant access to users & reduced need to spend marketing dollars were winning proposition for smaller developers. The addition of “indie” game makers increased the platform’s value. Big name developers followed.

Blizzard, a successful game manufacturer, maintains a platform to retain revenue. Blizzard’s platform hosts only in-house games. Blizzard’s award-winning products, led to adoption of its’ limited platform, which is required to play the games.