For those of you who have read some of my previous posts, I’m keeping with the yoga theme. Yoga and Big Data? Seems like an oxymoron, or at least two words that should not appear in one sentence. That’s what I thought, until I came across SmartMat. 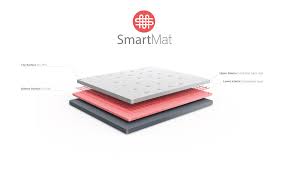 I’m not one for quantifying a spiritual practice, but SmartMat is a really cool idea. In a nutshell, SmartMat is like any other high-quality yoga mat, except that it’s embedded with pressurized sensors that measure and provide feedback on the user’s balance and alignment for 62 yoga poses. The mat functions along with a smartphone app, which provides the yogi with a heat map and three different “modes” of instruction that allow the student to gather analytics during their yoga practice at home or in live classes. 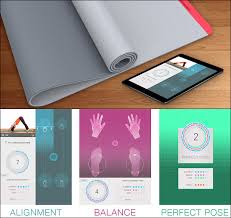 What’s so interesting and relevant about the technology is that it “learns” and improves over time: the more a user practices on the mat, the better the software behind the mat becomes at recognizing when the user’s alignment and balance are correct, and the better the resulting feedback.

The hardware is very impressive as well – the mat looks and feels like a regular yoga mat, with the slight exception of a dongle that extends outside of the mat to attach to the user’s iPhone, as well as an iPhone stand to make the real-time feedback easier to see and follow. Oh, and the developers had to figure out how to insert delicate sensors between the two PVC layers of the mat, which are sensitive enough to provide accurate and useful feedback to the user, but able to take a beating in a 110 degree hot yoga session. 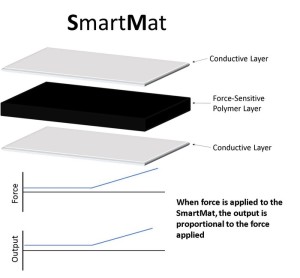 Now, the question is: who cares? Why would any yogi use this when traditionally students learn via a live teacher, hands-on assists and years of repetition? Based on what I’ve gathered, SmartMat sees a couple of reasons: 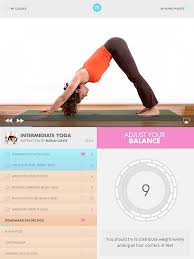 According to the founders, the SmartMat started as a question, namely, why hasn’t this been done before? The founders poured over $100,000 of their own money into determining if the idea was viable at a specific variable cost, price and delivery date prior to launching on Indiegogo. Their initial R&D proved promising, and they now are almost 300% over their goal on Indiegogo, with over $350,000 raised as of this week.

Despite these benefits and the incredible amount of sweat and tears that went into this product, I see some issues:

Overall, it’s a cool concept, and it may take a while to catch on. To expand access, maybe SmartMat will end up supplying the technology to health practitioners such as physical therapists and chiropractors, who see yogis from all walks of life.

Where is the meat Buzzfeed?