On paper Quirky was the epitome of the future of digital: a crowd sourced innovation platform for inventors to bring their unique hardware ideas to market. In early 2015, the six-year-old company had $185M in funding, including a $30M investment from General Electric who saw Quirky as a novel way to invigorate their manufacturing process. With GE and others embracing crowdsourcing as a key component for future product innovation, Quirky’s future seemed bright. Last august, the company filed for bankruptcy.

Quirky operated as a Threadless for inventors. Users submitted design ideas to Quirky (it could be as simple as a sketch, 3D model, or photos of a working prototype). After reviewing the idea to ensure it didn’t infringe on previous Quirky submissions or existing patents, submissions were posted on the Quirky website where other users could comment and up or downvote ideas. At this point, the funnel was narrowed by Quriky; popular ideas were reviewed weekly by Quirky product managers and engineers and they typically selected five products per week to move to the “in development phase.” Quirky staff collaborated with the inventor and other users to develop the product and assess market attractiveness – technical users could submit technical designs that would help turn an idea into reality, or simply vote on the final color for the product. Final products (about 1 in 5) were brought to the Quirky marketplace. Similar to other crowdfunding platforms, Quirky required a minimum number of orders before investing the capital in manufacturing the products. While the minimum threshold didn’t cover the costs of manufacturing, Quirky seemed to think it provided enough evidence to justify producing a first run of the product. Inventors who submitted the originally design received roughly 10% of product sales while contributing users who made significant contributions in the development and design process were rewarded with a much smaller percentage (~1%). Quirky took the remaining ~90%. 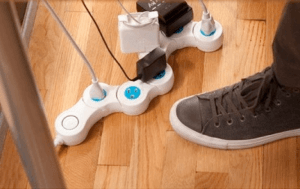 Early product launches at Quirky were hits, earning Quirky media attention and accolades from industrial designers. Any and every article about Quirky, featured the Pivot Power curved power strip – a solution for the problem of overcrowded power strips and bulky plugs. Pivot Power launched in 2011 and by 2015, thousands had been sold and the inventor had collected more than $700,000 in royalties¹. 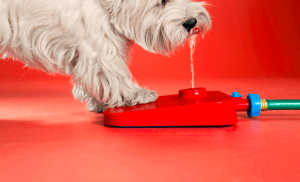 With the (overly) ambitious goal of launching two products per week, Quirky developed over 400 products. The catalog can still be perused on the Quirky website. The drive to create so many items may explain why some of the products look like they belong in a Skymall catalog. My personal favorite is the Pawcet pet drinking fountain.

Quirky’s premiere products flew off the shelves and Quirky claimed a 2015 revenue run rate of $100 M. However, what has since become clear is that Quirky was burning through its cash faster than it could bring it in and its commitment to bringing two consumer products to market every week was unsustainable. Similar to Nivea’s foray into online  product innovation, Quirky sourced ideas from all over the internet and brought ideas to market that solved a very salient need for an incredibly niche market. The trouble is that the size of the market for many of these products didn’t appear to be particularly large. The Pawcet’s first run of 500 sold out almost immediately. But according to the Quirky website, fewer than 1500 total have been sold. Development of these products didn’t come cheap either, Quirky was pouring hundreds of thousands of dollars into certain products that were never even brought to market.

In the spring, Quirky pivoted dramatically. The ecommerce store was closed and Quirky decided to eschew the consumer product business completely. Quirky formed partnerships with businesses like GE, Mattel, and Harmon International to assist them in their product innovation and speeding up their manufacturing processes². Around the same time, Quirky acquired the strategy and organizational design consulting firm Undercurrent to improve their ability to sell to larger (presumably higher margin) big business clients. While the revenue sharing with inventors was already meager (10%), Quirky reduced the royalty to between 1.5-5%, alienating the crowd that gave Quirky its initial success.

All of these changes came too little too late. By August 1, Quirky declared bankruptcy (taking down the consulting firm they acquired with them). Things fell apart so quickly its hard to say if this new B2B strategy had enough time to be proven one way or another. Quirky’s consumer business had some undeniable early successes and they successfully harnessed the crowd not only for idea submission but also throughout the product development process. Despite the modest revenue sharing, Quirky attracted over 1 million users from 165 different countries. Based on interviews and profiles of the successful inventors, they seemed to take great pride in brining their product to market and this, purportedly, was motivation enough to be involved. Quirky’s biggest failing seems to be one of impatience. The process was in place; the crowd was there. With a focus on quality rather than quantity, Quirky could have built a more sustainable business and developed its B2B unit over time.

Student comments on Quirky to a Fault