San Francisco-based start-up Planet is successfully disrupting the space industry, How? By launching more than 300 shoe box-sized satellites into orbit since the company was founded in 2010. Since inception, Planet’s mission has been to image the entire world every day. That is 12 trillion square inches photographed every day. Most satellite images are updated weekly, monthly, or in the case of Google Earth as infrequently as every five years.  By combining cloud computing, cheap satellite imagery technology, and high-volume data storage, Planet provides its customers with real-time visibility into how our planet is changing.

Planet’s global imaging has a vast array of end uses, creating a strong value proposition across industries. For example, the real-time imagery can be used for predicting crop yields to monitoring security threats, and tracking disaster impacts and planning emergency response. Planet is creating value by positioning themselves as a vital data source for a wide array of companies. Currently, major clients include big agriculture and government agencies. However, one of Planet’s genius positioning maneuvers is recognizing how they can bring significant value to the financial industry, a massive market with deep pockets. Planet’s images can help the finance industry monitor their strategic global assets, conduct due diligence, ground-truth local conditions, identify business risks early, and ultimately make better financial and business decisions. 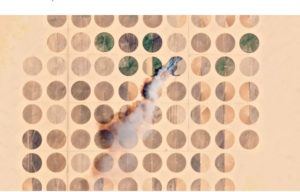 Planet has kept captured value by keeping their costs low. Planet recognized that smartphones have ninety percent of the technology needed to capture satellite imagery. They simply use the technology that is available on the market. They update it by swapping out the old smart phone technology with the latest models. As such, Planet’s satellites, known as “doves,” are several orders of magnitude cheaper than the average $300-million (or more) school-bus sized LandSat imagery satellites launched by the USGS. They are easy to produce, lightweight, and easy to launch. In fact, Planet has been crafty in minimizing the cost of their launch strategy. They ask other space explorers (i.e. SpaceX) to put a few of their doves into already scheduled rocket launches and pop them out the window when the rocket reaches orbit. 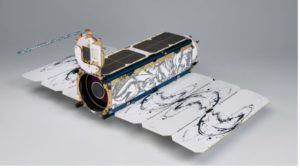 However, the shoe box satellites market is already becoming competitive. Planet currently has more satellites in orbit than all other launchers combined, and their massive fleet is one of their strongest competitive advantages. Unfortunately, satellites themselves do not necessarily make a good business. (As evidence, in 2017 Google sold their satellite photography business, Terra Bella, to Planet). Planet plans to further differentiate itself by building image processing and recognition software. To further strengthen its value proposition, it is essential that Planet can process the imagery data to answer critical questions that companies and governments are asking (not just provide heaps of raw images and data). Ultimately, Planet hopes to index the physical changes on the planets surface in the same way that google indexed the internet, and Google plans to pay them for these services. #Winning!

Anzilott, Eillie. 2017. Every Day, This Satellite Company Takes A Snapshot Of The Entire Planet. FastCompany. https://www.fastcompany.com/40498033/every-day-this-satellite-company-takes-a-snapshot-of-the-entire-planet

Ryan, Kevin. 2017. This Company Has the Largest Fleet of Orbiting Satellites in Human History. Inc. Available at: https://www.inc.com/kevin-j-ryan/planet-labs-2017-company-of-the-year-nominee.html

GameStop the Ride, I Wanna Get Off