We’ve all used Paypal. It’s the lesser of two evils when deciding between the manual input of payment information, or clicking a few buttons. But, in a world of shifting payment systems, and increasing disruptions in the transaction sector, can a company that hasn’t had a true shattering innovation since its inception really keep up with the new kids?

PayPal, originally named Confinity, was established in 1998. At the time, it was innovative because money transfer services lacked its convenience and speed. But the company didn’t really explode until it was acquired by Ebay in 2002. This synthesis allowed the PayPal platform to govern the majority of all of Ebay’s transactions, which gave it an enormous amount of exposure. It quickly expanded to many other markets and websites, even a partnership with Mastercard, leading to $1.8 billion in revenue by the end of 2007.

PayPal seemed to be doing fine in the niche it created for itself for quite a while. So the urgency to innovate wasn’t pressing. In the years following, the biggest moves that the company made were partnerships with companies such as Facebook (for digital goods). It was easy for PayPal to simmer in its throne as the head of transactions for a bit. That is, until the consumer and merchant transaction market became cluttered with innovations. Instantly, PayPal started to feel less like the only option, and more like the antiquated system. 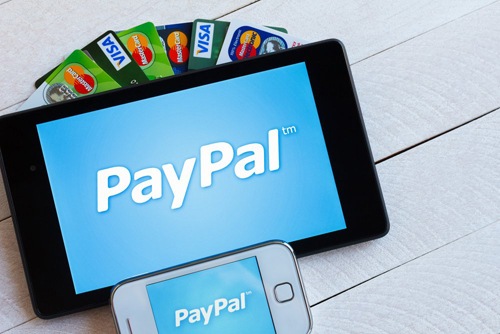 The problem with PayPal is its inability to compete in a landscape of disruption. They started by establishing themselves as a convenient way to store and transfer payments, and that is still their only point of value. They still utilize the same interface, the same clunky website, and the same aged branding they’ve had all along. And consumers noticed.

The introduction of new and more convenient payment methods such as Apple Pay, Google Wallet, Square, Venmo, and even Bitcoin, sent the company scrambling to try and establish themselves as a the best interface for payments in the consumer space. But with the inability to produce new value for consumers, PayPal will ultimately fall flat. There is only so much that a button can do.

And PayPal knows that. This is why they went ahead and bought Venmo. What PayPal has, is a large consumer base. With over 15 years of experience, they should be tapping into the established trust and useage they already have, to shift their value from an accessory to a much deeper payment/transaction system. But even with the acquisition of Venmo, PayPal released its own version called “PayPal.Me”; a move that seems clumsy and repetitive in an already convoluted market.

PayPal feels antiquated, lackluster and like a boring chore in a market where entire transaction overhauls are being invented. The way we interact with money is changing, and PayPal has done little to add to that conversation. Instead of trying to find new outlets in existing systems of payment, PayPal should divert its attention to reinventing them. Otherwise, it will be nothing but retired digital real-estate.

How Nike swooshed away from its competition

Student comments on Pa(in)Pal: A Company In Denial